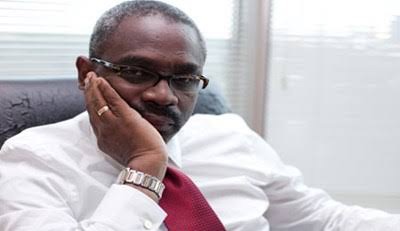 Though the majority leader of the Federal House of Representaives Hon. Femi Gbajabiamila has come out to denied that he is not in anyway connected to the brouhaha that is currently tearing the lower house into shreds. But Gbajabiamila in his usual cunny way claimed that the insinuation is far from the truth, though Gbajabiamila has refused to support the warring factions of Jibrin and dogara, the silence which some people claimed is a gimmick

Not happy with the rumor, Gbajabiamila quickly came out to douse the tension by issuing a press statement to state his position in the whole brouhaha. He said in his statement “Since the budget controversy that engulfed the House about a week ago, I have pointedly maintained a dignified silence. I did this for the sake of the institution that I represent and which I have laboured hard to grow and protect, knowing that whatever I say could be impactful both within the House and outside it. 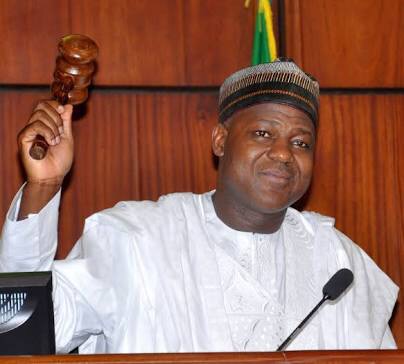 “I was determined to keep in place the glue that holds an otherwise fragmented House, protect its integrity and at same time avoid eroding the little confidence and vestiges of hope Nigerians have in us.

“Unfortunately, the controversy has now taken a different turn following the rather strange text making the rounds among members about my complicity in this rather sordid matter. I am being dragged into an arena I tried very hard to stay out of for the good of the House.

“The speakership election has come and gone. The election was divisive and acrimonious, but I have worked hard to heal the wounds, some of which still fester among members on both sides. It is my responsibility to bring together all tendencies in the House and I have worked well with the Speaker and all other principal officers in the interest of the institution and the country.

“The text message, which desperately seeks to finger me in some macabre plot to destabilize the House, is a throwback and echoes our dark post-speakership election history. The resurfacing of the faceless text messengers will not help us as a House, and let me quickly add that it will fail.

“My strongest critics and biggest political adversaries in the House cannot deny the fact that my commitment has always been to strengthen the legislature and its processes and our democracy as a whole.

“I consider everyone a friend and colleague and urge that as we collectively work towards a stronger legislature and strive to deepen our democracy, we do not pull back the hands of the clock or lose sight of the enormous responsibility placed upon us by providence as members of a critical arm of government.”

On Jibrin’s budget padding allegations, Gbajabiamila noted that judgment could not be passed on any official based on mere allegations.

He stressed that before the law, an accused remained innocent until proven guilty.

“It is clear that our budget process needs radical reform. Allegations have been made, but I strongly believe that judgment should not be passed based on allegations.

“We operate a constitutional democracy and we must at all times submit to its dictates and ethos. All parties are innocent until otherwise proven.

“This should be our guide. I plead with all members; the mudslinging must stop,” Gbajabiamila added.

However ,another prominent member of the house disclosed that Gbajabiamila is just been economical with the truth, that he’s the brain behind everything in tandem with a senior party man who is still aggrieved over the outcome of the elections that produced Saraki and Dogara as the leader of the red and green chamber respectively.

Another shocking revelation though unconfirmed is that Gbajabiamila allegedly got N4b from the largesse of the budget padding but one thing is sure this ego tussles will consume many people.