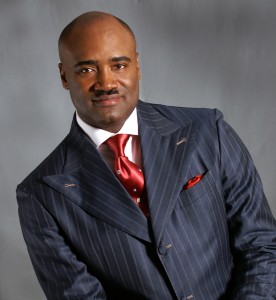 There is no gainsaying the Lagos Island social scene is like no other in the country or perhaps even in the African region; and this was seemingly confirmed not too long ago when we embarked on a record breaking exposé on the nefarious activities of renowned homosexuals in the island forum of big boys, highlighting in lurid details their modus operandi and their target market. Courageous as that exposé was, names were named for substantiate the claims; and for that, we were crucified by those who have either chosen to be clueless in this wicked world we live in or those who, even though in the know of the truth, have chosen to lie to themselves. Without an iota of doubt, the Lagos Island clique of homosexuals is not only vicious but fierce.
They are way too strategic that they have brazenly taken their homosexual activities into the house of the Lord. Of course most churches on the Island are quite “funkified” and liberal in their dispositions and teachings of the word of God, hence the comfy atmosphere for these top and bottom players – a phrase used by homosexuals in describing which stratum of the gay world they belong to.
Amongst most of our compelling stories was that on Lagos big girl, oh sorry, Lagos big boy Uti Nwachukwu. Uti an ex-BBA winner and social giant has had his sexuality hotly debated on the lips of all his friends, acquaintances and even admirers. In fact, to the vocal and notorious members of the homosexual clan, Uti’s sexuality was never a thing of debate and somewhat an old story. Then we also did an unbridled story on Eric Arubayi, a Lagos big boy and a top member of House on the Rock. Eric was just few weeks from marrying the daughter of a state governor in the south-south region when his sexuality was strategically leaked  to the governor and the whole wedding plans were instantly canceled.
These stories amongst many did really make us look fearless to the very informed but to the doubting Thomas’s, we were christened liars. Taking a cue from the legendary Igbo proverb which says ‘You can never hide pregnancy’, for it is bound to grow bigger, we have been clearly justified. A few weeks back, top Lagos pastor Paul Adefarasin of House on the Rock Pentecostal church had mounted the pulpit on that remarkable Sunday morning to preach the word of God. Unknown to church members, Pastor Paul was seriously boiling with anger based on the concrete evidence before him. By the prompting of the Holy Spirit the man of God had begun to notice the nefarious activities of some big boys in his congregation and was now reliably informed that homosexuals were on the loose within the house of the Lord. It was not the usual sweet sermon as Pastor Paul lashed out on the homosexuals within his church. He warned them all to leave his church as this was the Lord’s holy temple and not Sodom and Gomorrah. He told them in clear terms that sodomy was a big sin before God and very punishable. In fact so charged was Pastor Paul that he was almost going to mention names and this really unsettled a lot of his posh congregation as a lot of big guys became jittery. Pastor then went further to warn the married gays who purposely marry just for cover and go back to the ass-bashing act. He said they use their marital status as a big cover-up then still go after men as they have become lovers of men.
That was a Sunday like never in the history of one of the most upscale and posh Christian congregation in the country. While pastor was lashing out, it was obvious that he was making a lot of people uncomfortable. At some point during this heated service, a Lagos big boy who used to be oga at the top in the church’s choir Eric Arubayi quickly left his seat right at the front and went out of the auditorium for a while. Eric is in the habit of sitting strategically in the front row. For a while he was nowhere to be seen as even the recordings for that day would clearly show.
It is very understandable that the revered man of God was very upset because if he just knew, we and everyone who had eyes already knew ages ago. Even in church the married and single homosexuals cavort their wares with impunity. But now that the pastor has given them an ultimatum they may shift base.

7 thoughts on “House On The Rock Pastor, Paul Adefarasin Threatens To Expose Homosexuals In His Church”