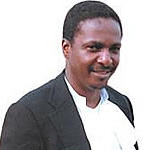 This is surely not the best of times for the young, suave man behind Hitv, Toyin Subair, who is battling to save his business from imminent collapse. We gathered that despite all his effort to wriggle himself out of the financial mess that he found himself in, the young businessman is currently facing ejection from his Providence Estate Ikoyi home over unpaid rent running to N25 million. Learnt that for some time now, the agent has been  urging him to pay the rent but Subair would always feed him promises but up till date, he has not been able to pay. Now that the house owners have realised that his finances are in a terrible state, they have no option but to give him quit notice, bluntly telling him to look for another abode elsewhere.

Recalled that his reckless spending has contributed in no small way to the financial crisis that has engulfed the pay television station. He used to travelled within and outsideNigeriain chartered private jet and throw lavish parties spending millions of naira on these frivolous shindig and stays in expensive suite in 5 Star Hotels and also a collectors of fast and expensive automobiles.