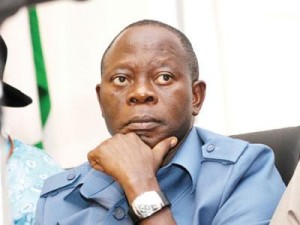 The high rate of deaths in Edo State-owned hospital, Central Hospital, Benin, has been attributed to the insensitivity of Edo State government over the inadequate number of medical personnel in the hospital.

Speaking to Global News in Benin, a top management staff who pleaded anonymity said that several complaints have been made to the state government to no avail, and that even when the Edo State House of Assembly Committee on Health paid a visit to the hospital, the same complaint was made.

Meanwhile, a lot of drama has ensured at the state government-owned Hospital, the most recent one involving a middle-aged man who stripped himself naked to protest the poor treatment meted on his sick elder brother by the medical doctor on duty.

The young man, identified as Osakheme Obaseki, in apparent mood of frustration was said to have threatened to destroy louvres and other valuables within the hospital premises over the refusal of the only doctor on duty to pay prompt attention to his brother who in critical condition was brought to the emergency unit. The doctor who was the only one in the emergency ward could not attend to his brother, as he was attending to a patient.

The police were immediately called in to calm the volatile situation but the young man refused all entreaties made to him, rather, he lay under the police van, yelling on top of his voice, daring the police to shoot him.

The scenario attracted large crowd of passersby who milled around the young man and the policemen who tried to force him into the back of the Hilux van they brought. A lady, who gave her name as Grace, and claimed to be related to both Osakheme and the sick man, Victor Obaseki, said they were referred from another hospital (private) but to their dismay when they got to the emergency ward of the Central Hospital, the only doctor on duty did not mind them. Despite that her brother, who suffered from typhoid fever, lay on the bare floor and was gasping for breath, the doctor did not care.

In desperation, Osakheme was said to have demanded that immediate attention be paid to his brother so as not to die. “It was at this point that he started shouting, demanding that his brother be treated immediately. Rather than act, the management of the hospital decided to call in the police”, she said.

It would be recalled that about two months ago, a lady medical doctor was beaten black and blue by the family of a man who died from what they described as negligence of the doctor on duty. The man was said to have been left on the floor for hours but before he could receive attention, he gave up the ghost and the family decided to vent their anger on the doctor on duty.

Also, another incidence was when a pregnant woman died as a result of no doctor to attend to her in the emergency ward. The husband and family had attacked workers of the hospital on sight that day.

Meanwhile, it was learnt that this scenario has become a daily occurrence at the hospital because of shortage of both nurses and medical doctors.

A mid-level worker who spoke to Global News on the condition of anonymity, said for some time now the hospital has battled shortage of staff in all its departments.

Efforts to meet with the Edo State Commissioner for Health failed as at the time of filing this report.