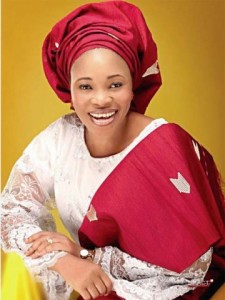 Gospel songs are meant to be equivalent to church sermons and other means of evangelism. This particular style of music has also paved the way for some artistes to mount the pulpits to win souls for Christ. The genre of music is also not meant to sing the praises of streetwise human beings and die-hard wanted ‘drug barons’. Back in the days most especially in the early ’90s, gospel music in Nigeria put itself in its right pedestal with the likes of Ojo Ade, Bola Are, Sola Rotimi, Dunni Olanrewaju, Funmi Aragbaye, Pastor Adelakun of Ayewa fame, Panam Percy Paul, Late Sonny Okosuns, etc. This set of people conveniently fall in the category of real gospel artistes who put God first in all their songs. They never compromised the importance of the Almighty God in their chosen career. However, these days, gospel artistes have deviated from their primary calling and do not be surprised hearing them singing secular music, songs and raps. They also go as far as praising even hoodlums, thugs, money launderers, drug barons and peddlers, leaving God aside all because of money.

Again, majority of gospel singers today are involved in many shady deals like cocaine pushing and other dubious activities to eke out their living. In this edition, we are emphasizing on a major issue that is currently ruling the airwaves in the Nigerian gospel world. The topic is none else than that of the relationship between ace Nigerian gospel singer Tope Alabi and her dead spiritual father, Ireti Ajanaku. Reports emanating from different angles of the media saw this issue in different ways, but Global News can tell you that some insiders of the church are alleging ‘spiritual warfare’ between Alabi and Ajanaku. Though these amebos could not confirm the actual cult they may belong to, they alleged that Tope Alabi and her pastor belong to the same cult and that a particular disagreement in the cult over the next person in line to be used as sacrifice might have been the real reason for their breakup. Again, Tope Alabi, who saw herself as a younger person could not fathom why her ‘spiritual father’should be alive while she died. As a result of this, Ajanaku and Alabi became cat and mouse in their church and afterwards, accusations and counter-accusations became the order of the day. While the camp of Ajanaku was accusing that of Alabi of being wayward and shady-dealing, that of Alabi also retaliated that the pastor’s hands were not clean.

At the end of the fracas, Ajanaku and Alabi separated and before anyone could say ‘Jack’ the pastor had gone to the great beyond. His death, however, caused a lot of ripples in the evangelism world as many people could no really understand how and why the development. For now, the hot gist in town is that Alabi is gradually being paid back in her own coins. Some rumour-mongers are alleging that the sonorous-voiced Alabi has been caught by the long arms of the law as she was allegedly trying to travel with the white substance ‘oja’. Though, some of her fans and loved ones are insisting that she is currently on tour of God-knows-where, the real issue is that Nigerians, most especially ardent followers of Tope Alabi’s music and records have been having a long holiday because Alabi has not waxed an album for a while now unlike in the past when at least, in every two months, the mother three must visit the studio. Anyway only God could say how true or false this story may be.