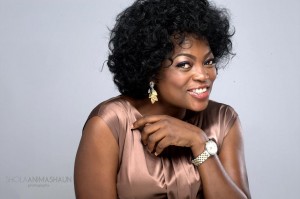 Hardworking and talented thespian, Funke Akindele has been in the news recently for obvious reasons; but beyond these, the multiple award-winning law graduate has decided to put all that behind her and move on with her career. If not for anything, we all must understand the simple fact that in life, you have to put up with what you cannot change and move on with your life. By the way, it is on record that different celebrities across the world have at different times had their own life experiences, sweet or sour in one way or the other and Funke’s case is not exceptional because she’s a human being too.

Anyway, as you are reading this, she is in faraway eastern part of the country where she has been invited by a popular movie producer to take part in a high-budget movie. Although the name of the movie has not been revealed as at the time of going to press, the movie in question is said to be a different one from the regular movies that Nigerian movie lovers are used to.

A member of the production crew told us that after a careful selection and due consultation, the only name that came tops was that of Funke and as such the production team had no choice than to offer her the mouth-watering role which will definitely make her go to the bank full of smiles.

Immediately she’s off the set of this movie in question, she will be hitting three different movie locations in the south west before finally settling down to begin the shoot of her personal new movie. A source close to Funke confided in us that the movie which is expected to gulp millions of naira will be shot in different locations across Europe, America, Africa and Asia. Top actors and actresses cutting across different countries that will take part in the movie have all been contacted.

“I can confidently reveal to you that as soon Funke wraps up the shoot of the movies she’s taking part in presently, we are rolling out her own production. You know that ‘Jenifa’ and ‘The Return of Jenifa’ sold millions of copies across the world, I bet you that with what is on ground, her new movie will beat whatever record ‘Jenifa’ has set because traditionally, Funke for who she is, people associate her with excellence,” the source explained.

Meanwhile, it is no longer news that today, Funke stands as the highest paid Yoruba actress, but what a lot of people don’t know is how she was able to beat her colleagues; the ones she met in the industry, her contemporaries and the ones coming after her, all of them put together to emerge as the highest paid actress.

People who are asking the question are bearing in mind the fact that Funke is not the only talented actress in the country.

The elegant globacom ambassador was able to beat other actresses and become the toast of hundreds of producers and directors and millions of fans across the world simply because of her delivery, acting skills and fantastic role interpretation.

This is what a movie maker who has been conversant with Funke since the days of her role in the television soap opera, “I Need To Know”, has to say about her: “Funke happens to be one of the most sought after actresses in Nigeria today not because of anything but because of her passion and quest for excellence. Give her any role, she will give it her best shot deploying her acting skills and serious role interpretation to deliver the job. That is why we movie makers don’t mind to offer her more than we offer her other colleagues in the industry especially from the Yoruba speaking genre because we are sure that she will give us nothing but the very best.”