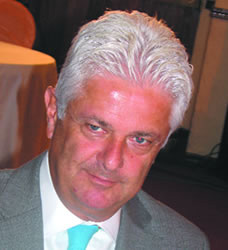 The surge of the Boko Haram group in Nigeria is doing more harm than good to one of the oldest and leading dairy companies in Nigeria, Friesland Foods Nigeria West African Milk Company (WAMCO). They may be laying off some of its staffers in another exercise months after it laid off some 65 of them for under-production.

Sources informed that the planned retrenchment became imperative because the Boko Haram menace has grounded their business in the northern part of the country as they would not want to risk the lives of their staff over there. The company is only left with the option of competing with other dairy companies that are currently surfacing in the south, which automatically translates to less profit.

Friesland Foods has been encountering one challenge or the other since last year.  The company was badly affected by the flood that wreaked havoc in Lagos State. It was forced to suspend production for some weeks after the flood took over the premises spoiling raw materials and equipment that run into billions of dollars, though it was paid for by their insurance company. It was during this period that some of their staff were alleged to have lost their cars to thieves, the climax which we learnt saw the sacking of two security personnel of the company.

Those who will be affected by the impending exercise are not yet known and this has been causing anxiety among the staff. According to a source, the exercise became imperative due to the fact that the company will be running at a loss and since the problem this time around is not one covered by any insurance plan. Friesland Foods has not been making much profit since last year when the issue of the terrorist group Boko Haram became pronounced in the northern part of the country.

If the company goes ahead with their planned retrenchment, it will become the second time in less than a year that they have add their quota to the labour market in the country.