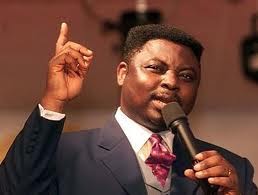 Pastor Matthew Ashimolowo, the controversial founding pastor of Kingsway International Christian Centre based in United Kingdom is not new to controversy. He swims from one controversy to another especially with British authorities who had at one time or another indict him in cases bordering on fraudulent activities.

Recently, the charity commission banned the man of God from dipping his hands into the coffers of the church funds without approval from the Charity Commission before making any more investments on behalf of the church.

The order was made by the commission as part of a statutory inquiry it started into the charity last year after concerns were raised about its financial controls.

It is the second inquiry into the charity by the commission, which concluded in 2005 that there had been a “possible misapplication of funds” by the senior pastor Matthew Ashimolowo, who agreed to repay £200,000 to the charity.

The church is based in East London and claims an attendance of up to 12,000 people a week at its main building in Walthamstow. It has several other branches and its income in 2010/11 was £9.4 million. In 2010 it lost a planning bid to convert a former Bingo Hall in Crystal Palace into a new church.

The new inquiry, which is continuing, is mentioned in the charity’s latest accounts filed with the commission, which reveal that it gave £5 million to a former trustee, the former professional footballer Richard Rufus, to invest in the financial markets.

It also says that in the wake of the commission’s investigation, trustees sought professional advice and took “the prudent step of providing for losses on the capital amount invested.”

Nick Brooks, head of not-for-profit at accountancy firm Kingston Smith, said it was not clear from the latest set of accounts if the £5 million investment had been lost, but there appeared to be some doubt about whether the charity would get it back.

He said there were wider questions posed by the situation such as what type of evaluations had been taken before trustees agreed to the investments.

“The commission is in contact with the trustees concerning this matter. As a precaution, the charity has to obtain prior written permission from the commission before making investments, which does not prevent the charity from conducting normal day-to-day activity.”

KICC was previously investigated by the commission under its old name of King’s Ministries Trust. The investigation lasted three years and cost £1.2 million.

The 2005 commission report, which said there had been a “possible misapplication of funds”, found that the charity spent £120,000 celebrating Ashimolowo’s birthday and that he used the charity’s Visa card to buy a timeshare apartment in Florida.

Stay glued here to where you will read how he got into trouble with Pastor D. K. Olukoya of Mountain of Fire and Miracles Ministries.