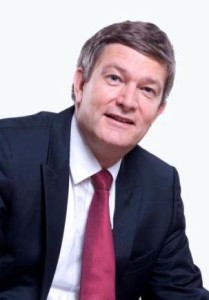 Corporate Social Responsibility (CSR) is the situation whereby corporate organizations gives back to the society after they must have recorded profit in their business in the community, it can come in different ways, while some embark on project that will impact positively on the society as a whole, some others will give back in form of promotions directly to their customers and the promo form is more common in Nigeria as many sees it as avenue to be more popular among their customers and their friends.

This is the reason so many multinationals and other establishments are seen to be running one form of promotion or the other. And just like any other corporate organization in Nigeria Nigerian Breweries Plc, a leading brewery in the country is fond of all sort of promos and recently the company just concluded the process of a new promo for Star Lager Beer one of their leading brand. However, since the end of the Star Win & Shine Promo, there has been allegation of fraud leveled against the company from many quarters.

However, the whole promo has been generating series of public outcry on the way the whole thing was run, according a man who simply identify himself as Tunde, he claimed that the whole thing is a fraud as most of those who won are friends, families and acquaintance of the breweries official, he explained that despite all his entries he was not for once picked for the party he also stated that with the level he and his friends have been drinking the beer it is fraudulent that none of them or anybody they know were picked for the party.

For Mr. Nwabueze, he was of the opinion that NB is just using the hoax promo to fleece the people, according to him “that is their way, I could recollect a time they did a mini promo on the premises of the LTV and how they robbed a guy that legitimately won a prize only to give the prize to the girlfriend of one of their boss. The decision nearly caused crisis in the premises then it took the intervention of elders around to restore normalcy that day”. He stated further that it is common for them to use their brands to defraud the people and that has been happening for long and if something is not done about it on time it will continue for a long time.

Finding showed that the intake of the liquor always increases whenever such promotion is going on which invariably means that the company will be making more money whenever they are having such promo, a situation that means they are making more profit on the people just in the name of doing their CSR, which is supposed to be to the benefit of the people. It was also discovered that the company also deem it good to make additional money on their customers who they asked to send text messages just for the to be credited airtime to the tune of N200, this we gathered also fetched the beer company more money as many of those who send the code did not get any airtime within the stipulated 48 hours the promo advert stated.

A brief calculation shows clearly that NB Plc. would have in the course of the two months promo make money that will run into several million on innocent Nigerians that were lured by the chance to win airtime into sending the text. Another source also revealed that the market is definitely flooded with the corks or can lids that are having free bottle or no entry printed under it to make sure the number of those that will be attending the party is at its lowest.