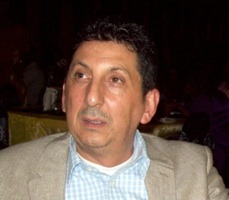 This seems to be a bad timing for this multinational telecommunications company. Though many would really love to address the company as the master of its game, recent findings revealed that it may be gradually losing its touch with covering up internal squabbles and even company flops. Despite the fact that people are of the impression that most multinationals in Nigeria drive their market with fake promos where they promise Nigerians several gifts that they hardly give thereby hiding under the fact that high percentage of the people are poor and would do anything to better their standard of living, MTN, we can say actually used this well to its advantage with their Ultimate Wonder promo.
Recently, the news of fraud rocked the company over its Yellow Estate scheme with accusing fingers pointing to the former executives of the company’s multipurpose society. Also people again cried foul as to the conduct of the telecommunications company over the manner at which the airplane gift was presented to the supposed winner of the Ultimate Wonder promo.
It would be recalled that previous promos of the company had been criticized by the people who see the company as a master of “arrangee” winnings and the case of the Ultimate Wonder promo was allegedly not different from the previous ones, playing on the fact that poverty in the country is on the high.
Since the company announced the prizes for the Ultimate Wonder promo which included an airplane as well as cash gifts up to N200million, people had found it difficult to believe based on its previous promos which ended up to be a charade. So people were surprised when it was announced that a winner had emerged in 27-year-old Gladys Ebube Essien-Garricks, a 300-level student of Rivers State College of Health Science and Technology, Port Harcourt, who said the announcement was just like a dream to her; but recently people have started seeing a new twist to the announcement of Ebube who only waited for a couple of months before relocating out of Nigeria.
People were skeptical about the manner in which she emerged the winner as they alleged that there was an understanding between her and the telecommunications company which saw her getting a very little amount from the N64 million equivalent of the cost of the Cessna 182T airplane advertised as star prize. Sources even alleged that it was for this reason that MTN were not using her in their adverts like their competitor, Etisalat did when a student won their $1 million some years back. The telecommunications company was also alleged to have helped her facilitate her travelling abroad after she was announced just to hide their fraud.
Those in the know also claim that the lady in question who claimed she did not have an international passport when she won the money, suddenly gained admission into an unknown tertiary institution abroad and in the process decided she would be leaving Nigeria for good not minding the fact that there were some obligations she had to fulfill with regards to advert to the company that supposedly gave her N64 million and the company made no fuss about it. Though some are of the opinion that she was not used for adverts then because of insecurity in the country,  others are quick to point out that she has since relocated out of the country which means she’s relatively safe where she is at the moment and that it is the trick employed by the telecommunications company to avoid a slip by her thereby revealing what was planned underground as regards to the Ultimate Wonder promo money.