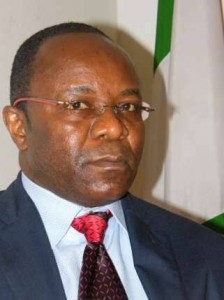 The man called Dr Ibe Kachikwu came into the news as the new GMD NNPC, when he was appointed by president Buhari about 11 months ago. Dr Ibe kachikwu no doubt was believed to be the new solution to the petroleum industry with his huge private profile he has achieved over the years. He is a Doctor of Law, graduated from UNN-Nsukka and the best graduating student from Law school. He specializes in petroleum and investment law strategies after his doctoral thesis. Following his intimidating educational and job performance policies, he has over 30 years experience in policy making position in the oil industry, including general counsel and legal advice.

Until his appointment by the president, Dr Kachukwu was executive vice chairman and general counsel Exxon Mobil (Africa). He was then appointed as the minister of state for petroleum and the GMD-NNPC to reform and reposition the industry as a profit centre and reduction of huge cost expenditures and others. No sooner was our oil guru became the double chief of the oil industry did we experience a record breaking fuel scarcity and the whole country was brought down on its knees as economic activities grounded to a halt. Social, medical and other sectors of the economy was almost shut down. The guru was brought into the FG cabinet for transparency and accountability to have options and solutions when such cases arises, but instead whatever he did then did not work and he went further to add salt to an injury by insulting Nigerians senses by making comments as ‘ he is not a magician’. He also, does not give solutions whenever questions were thrown at him. His reforms are ineffectual and cosmetic because other systematic problems remain unchanged. The situation went on for several months product were forced imported and distributed with a record time before the whole country engulfed in crisis as the case Dr IbeKachukwu was taking the country.
A school believes that he should be sacked from beginning because some believe the position held by the guru is not legal for a man to be a minister and also the GMD of the same industry? His policies which were to be temporary arrangement has led for about 11 month before he was finally sacked and replaced by the presidency. Dr Kachukwu is operating in a conservative and bureaucratic system in Nigeria, while his private sector initiative might not be acceptable or work for our system which prefers or has been built around the old order. The population is a consuming one for fuel and most of what we do depends on fuel and not to have fuel for a day is a huge loss, let alone for several weeks which the ‘magician’ could not solve for 11 month before he was axed. Nigerians prefer a minister of petroleum that carries them along in whatever policies that will affect them (the consumers) directly or even indirectly. He chose to work alone and a lot of disenchantment in the system because of the sweeping reforms he introduced which have only succeeded in boosting his own cv and not the needs or revenue of an average individual, since no fuel purchase, which has huge effect on the business in the country. So many residence incurred huge looses during his period and he will forever be held accountable for the mismanagement.

The former GMD-NNPC may have over promise and under deliver, which he learnt the hard way in Nigeria, it is better to under promise and over deliver which will make you and your career progressing. And of course, the masses continue to like and enjoy your policies rather than the opposite. Dr IbeKachukwu may have left so many sour taste in our mouth till date, he has said many times about refineries working within a short time, with TAM been in progress and setting the capacity at full swing, later turn round to say the refineries can or may be able to meet our demand by 50%, which means more importation of fuel into the country. Also, within a period of 9 month our oil guru has said many other things which include: NNPC will import direct, which also changed to NNPC does not have the experience or capacity of storage and other basics to import. And we ask, will this not amount to another subsidy been paid back to the marketers?

After his sack, he has remained silent and withdrawn. We have not seen read and heard anything from the oil guru. Our eagle eye has been scouting for any information on the where about of our Dr Ibe Kachukwu. Since his new portfolio he went underground as most of his operational duties have been taken over by the new GMD-NNPC, which may have enable Dr Kachikwu into the public forum, rather than his backdoor office. The day and period of his exit shows he will be in the cabinet and the corridor of the operations, but what we have seen for over 2-3month now is a quiet and reduced to office guru, where only policy formations maybe carried out. Some section of the public believe that he was sacked because of those reasons above or he simply cannot manage the two office requirements for those period and was basking in the euphoria of office. Now as a mister of state for petroleum resources and chairman of board, what is left is kitchen management of Nnpc and not the global management of the corporation. As soon as we sight Dr Kachikwu in the public domain, we will request an interview and keep you our readers posted.