This beautiful script interpreter is without doubt a delight to watch anytime; the news of her separation from her movie actor cum producer husband raised some dust which is gradually subsiding, and it is a common knowledge that she has had a baby with another man before she decided to settle down with Saheed whom she adopted his name. Sources claimed her union with Saheed was an after-thought as she had initially declined the actor’s advances, preferring a London-based lover who she had a child for before coming back for Saheed. It was even alleged that they were not officially married but that she decided to adopt his name so as to cover the mistake of not having proper wedding before making babies together. The union which has since broken down completely over issues relating to infidelity has returned her to the status of single parent Nigerian celebrity.

It is no secret that Iyabo has been a single mother for many years, story has it that she lived with a guy years back who fathered her children, a boy and a girl. Though many believe the children are the result of a marriage she entered into while she was still very young, others argue it is a result of a fling she decided to have to have children before going after her career in the movie industry. She has over the years been linked with many men both within and outside the movie industry, but Iyabo has always been evasive when the issue of marriage is pushed to her and she has always been frank about the fact that she has children she cares so much about.

She’s one of the Nigerian celebrities who has been very cautious about mentioning the child they had out of wedlock, hardly has she ever given a mention to the fact that she has a daughter or that she’s a single parent, rather Tayo is seen by her fans as a young lady that has never experienced the joy of motherhood before. When she was the apple of the eyes of one time leader of Oshodi branch of the National Union of Road Transport Workers (NURTW), the child’s name was kept out of everything the chubby Yoruba actress did since she came to limelight and it is the belief of her many fans that she’s still without any kid. Sikiratu Sindodo as Tayo is called is another of the numerous Nigerian celebrities that are single parents.

Madam controversy could be the right word to qualify boobs flaunting Gloria, she declared not too long ago that she’s still not interested in settling down. The busty woman who claims to be a gospel musician and later a pastor of a church in Ogba axis of Lagos is the mother of a grown-up girl who she had while she was still very young and she has since then been living as a single mother, even when she has suitors that are ready to walk her down the aisle, she stuck to her single status which gives her freedom to take any man she so desires at any time. 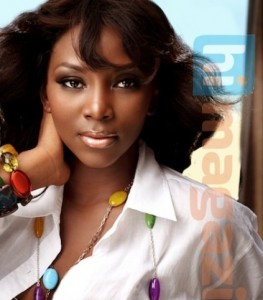 She shot to prominence when she was featured by the singing duo of P Square in their 2005 hit Do Me; the performance then encouraged the twins to allow her do a lady version of their Omoge Mi song; she has also been featured by Banky W and M.I. at different occasions. Born Aituaje Aina Vivian Ebele Iruobe, commonly known as WAJE which is the acronym for “Words aren’t just enough”, Waje has a love child she which she’s not hiding but not also really exposing to the press. The secret of the 10-year-old daughter became public knowledge in 2011 and the talented songstress has never denied the existence of the child which is the result of an affair the pretty lady had many years back, though she’s still very single and not really into any form of relationship, but she is of the belief she will settle down as time goes on.

Her case is the most talked about of the Nigerian celebrities that have children, and it is attributed to the fact that she was at a time the most sought after Nigerian actress, Genevieve Nnaji’s love child story is one that arouse heated arguments anytime it is mentioned, some are of the opinion that the father took advantage of her while she was still too young to make proper decision, others are of the opinion that she knows what she’s doing. The daughter who the actress will want to protect at all cost from public glare was conceived when she was still in secondary school and she has since been taking care of the child who close pals described as her life even when she will not have anything to do with the father ever again.

She is probably one of the very few celebrities that will talk about the children they have out of wedlock openly with no sign of regret, Alex Lopez is always happy to talk about her son Joshua, whom she had for her lover years back. Although, the relationship did not last, she is ever grateful for the joy of motherhood that the relationship afforded her and she’s not ashamed to talk about the product of the botched relationship, even when she’s still in the market shopping for prospective husband. 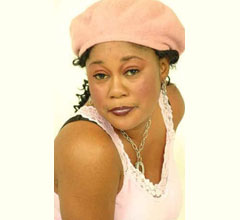 She was one of the regular faces in the Yoruba click of the Nigerian movie industry some time ago, Funke Etti was at a time thought to be having an affair with Itele, another actor in the Yoruba movie industry, but she denied anything of such stating that they only had a working relationship. Recently she joined the league of Nigerian celebrities who have children out of wedlock when she delivered a bouncing baby boy, the naming which the father was conspicuously missing. Sources even claimed she’s still single as the person responsible for the pregnancy has not performed any marriage rite on her, which admits her into the league of Nigeria single parent celebrities.

This petite light-skinned actress who acts in both Yoruba and English speaking movies had a child last year for someone people say is happily married though she came out to debunk that stating that she would soon be getting married to the father of her baby boy. Marriage apart she has successfully earned herself a place in the group of celebrities with children out of wedlock and some pessimists are still of the opinion that the marriage may not be a thing that will be happening this year.

She disappeared from the screen sometime back only for her arrival to be announced with a bouncing baby boy. Bisola Badmus who has acted in many Yoruba films had her naming ceremony recently and like Funke Etti, the father of her child was absent. Sources however have it that the father is a popular fuji musician and that the musician did not want his name to be mentioned in the whole scenario as he had informed the actress of his desire for her not to have the baby, while the actress insisted she would be having it. Though the christening was done with funfair, all efforts to get the identity of the father from the actress proved futile as the actress has joined the league of Nigerian celebrities that are single parents.

Her story was like a comedy, Omawunmi Megbele was at a time dating her producer Dokta Frabz and before one can say hello, she had entered into another relationship with a man who was said to be having a steady relationship with another woman, it was along the line she took in and news of her pregnancy started like rumour. When it became obvious, questions started arising as to the father of her child and it was at that period she released the song “If You Ask Me”; the people who have been asking the paternity question about her baby girl then assumed she released the song to answer the question of the child’s paternity. Her fling that turned into pregnancy made Omawunmi one of the numerous Nigerian celebrities who are single parents.

Sultry actress Ibinabo Fiberisima, has enjoyed lots of controversies and the former beauty queen turned actress can be said to be one actress who can’t have enough of the wrong men. She was at a time dating tall actor and ex-husband of television talk show gal Fred Amata, a relationship many of Ibinabo’s friends thought would lead to the altar, but just as it started it was brought to an abrupt end with no cogent reason, but not without the actress having a child for the actor which brings to three the number of children she has had out of wedlock. She had had two children before that of Fred for men nobody can really say the way they look. The actress who contested to be the president of the Actors Guild of Nigeria in the botched election is said to have a flair for having children for different men, which is evident with the number of men she has had children for in a short while.

1 thought on “Female Celebrities Who Are Single Parents”