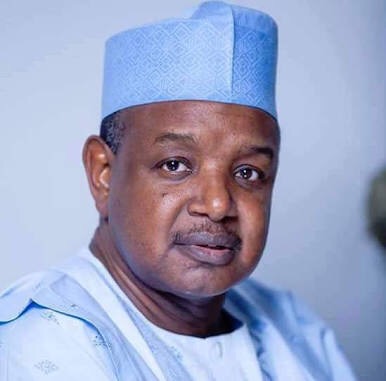 A massive cache of documents obtained has exposed the hidden financial dealings and offshore holdings of Kebbi Governor, Abubakar Atiku Bagudu and reveals how under the military regime of General Sani Abacha; Atiku Bagudu, former finance minister, Anthony Ani, former National Security Adviser (NSA), Ismaila Gwarzo, then CBN governor, Paul Ogwuma, and other corrupt officials conspired with Gen. Abacha and his son, Mohammed Sani Abacha to embezzle, misappropriate, defraud, and steal billions of dollars from the Nigerian government using criminal schemes; and then secretly shuffle and laundered the money through a network of shadow companies, offshore banks and investment portfolios in tax havens from the British Virgin Islands to the Bailiwick of Jersey.

Nigerians might be aware that Bagudu was a close associate of Gen. Abacha; what they did not know was that Bagudu was the kingpin of Abacha’s money-laundering activities. His finger prints are everywhere that Abacha laundered money; and to think that the same Atiku Bagudu is now the elected governor of Kebbi State is beyond disbelief. The scale and magnitude of the theft Bagudu perpetrated against the Nigerian people is within the realm of crimes against humanity; and the God-questioning incontinence that he not only moves around as a free man, but still holds public office, is a screaming barometer reading of the APC promise of change and President Buhari’s fight against corruption.

The story of Atiku Bagudu is, in many ways, the story of Abacha’s money-laundering itself. The leaked documents offer more than a snapshot of one man’s business methods or a catalog of his more unsavory activities. It allows a far-reaching view into how so much was stolen by so few and the way Bagudu has worked to keep his nefarious activities hidden – offering clues as to why efforts to recover a substantial part of the Abacha loot have faltered.

As the gasoline that ran Abacha’s money-laundering engine, Bagudu, created anonymous companies in the British Virgin Islands and other financial havens. His offshore network system relied on a sprawling global industry of bankers, and investment portfolio managers and go-betweens who worked together to protect his stolen wealth. Gov. Bagudu used anonymous companies, investment trusts and other paper entities to create complex structures to disguise the origins of Abacha’s dirty money. The files expose foreign bank accounts and offshore investment companies controlled by Bagudu and his family members, including his wives and children and his brother.

The cache of documents covers Abacha’s reign of terror, from 1993 and allows a never-before-seen view inside the money-laundering exploits of Governor Atiku Bagudu; providing a detail look at how Bagudu channeled Abacha’s dark money through the global financial system, robbing the CBN and stripping the Nigerian treasury of revenues; denying the people potable water; making it difficult to pay teachers; denying Nigerian hospitals the funds to purchase badly needed drugs and therefore causing the death of many Nigerians. And in no small measure, Atiku Bagudu contributed to the general debilitation and immiserating of Nigeria as a nation.

The documents make it clear that Atiku Bagudu was the main driver behind the creation of hard-to-trace companies in the British Virgin Islands, and other offshore havens used to launder money stolen by General Abacha and his family. The files list 12 banks and 16 paper companies and five investment portfolios that Bagudu set up for the Abacha family to keep their loot under wraps, including:

The documents which included evidence from the World Bank Stolen Asset Recovery (STAR) initiative also provide details of how Atiku Bagudu; more than Mohammed Abacha and even Gen Abacha himself, concocted fraudulent schemes to steal Nigeria blind. Among other things, Atiku Bagudu played an instrumental role in setting up and executing the complicated financial transactions used to launder the stolen billions and remains a signatory and corporate representative designated on many of the assets owned by the Abacha family.

Although some $700 million of the Abacha loot has been returned to the Nigerian government as part of a plea bargain that got Mohammed Abacha off the hook, it is estimated that over $2.1 billion of stolen wealth and assets remained under the control of Bagudu and Mohammed Abacha. Of this amount, about $458 million in cash and assets have been seized and forfeited by the United States, as proceeds of corruption and money-laundering. It is hoped that President Buhari will pressure the Americans to revert the impounded cash and assets to the Nigerian government, pursuant to the 1989 treaty on Mutual Legal Assistance in Criminal Matters between the US and Nigeria.

Meanwhile, the Economic and Financial Crimes Commission (EFCC) should open investigations into the insidious role played by Gov. Atiku Bagudu in corruption and money-laundering under Abacha. For a man whose entire electoral fortunes were anchored on his integrity and character, including his promise to win the war against corruption, President Buhari and not least the Minister of Justice and Attorney General of the Federation should take more than a cursory interest in these revelations about the Kebbi governor. To allow this travesty to stand is to say that there is no real penalty for corruption, which remains Nigeria’s number one problem because of its wide negative implications on the citizens. To underscore the extent of the damage, Nigeria now ranks amongst the most corrupt nations in the world. If nothing else, this requires that every man, institution or agency of good conscience should device ingenuous ways to combat corruption, rather than treat it lightly. Regrettably, the EFCC has failed to rise to its billings in this regard, easily capitulating on flimsy excuses, and paving the way for the escape of criminals from justice. This could be a direct invitation to anarchy. Allowing a man who stole billions to hold public office and walk the streets freely cannot serve as deterrent to other corrupt and criminally minded persons. It is time for Buhari to walk the talk; Nigerians are watching and waiting.