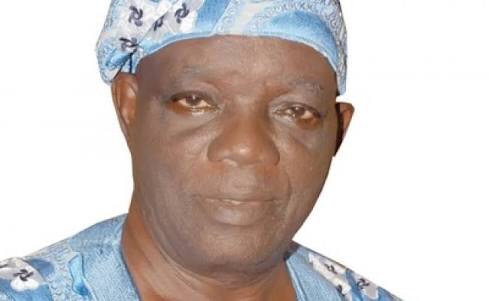 Hon. Elijah Adewale, a member of the Federal House of Representatives, representing Ifako Ijaiye Constituency of Lagos State, slumped and died at his Abuja residence on Thursday, 21 July, 2016, but what many don’t know was the sex scandal he was enmeshed in with some female members of his church at the Celestial Church of Christ (CCC), Ojodu Central Parish, located at Aina Street, Ojodu-Lagos.
Some weeks before Baba Jah, as Adewale was fondly called at the church was found dead at his Abuja residence, he was involved in a messy sex scandal for having secret affairs with two ladies from the church (Ayo Awoyemi and Bola Adesanya) respectively.

Few weeks to his death, Adewale’s wife, popularly known as Mama Jah got wind of the development after reading text messages and some adult videos exchanged between her husband and Bola through Whatsapp, didn’t just raised an alarm after going through her husband’s phone, but created scene at the church by confronting Bola.
Mrs Adewale was said to be more disappointed in her husband because for many years that they’ve been married, he had not been caught with such act, let alone happening at a church where they worship God. It was more of a bitter pill for her to swallow because she is not on the same pedestal with the young ladies in question.
Jah, who later admitted the allegations, apologised to his wife, but insisted that his affair with Ayo will continue because she is ‘sweet.’ The scandal became a major gossip topic on the lips of virtually every member of the church.
A source told Global News that Jah usually fly the girls to Abuja whenever he wants to have nice time with them, and would spoil them with cash and other gifts. He was even said to have opened a shop for Ayo in Ojodu, and supported Bola with her fashion designing business.
Jah was a philanthropist, and was a major financial pillar at the church, shouldering most of the financial commitments of the church, even before he became a lawmaker. He was a man after many people’s heart.
The late Adewale was born in 1951. He was a former Special Adviser on Education during the first term of former Governor Babatunde Fashola administration.
He attended Ilesha Grammar School where he obtained his West Africa School Certificate in1968. He proceeded for his Tertiary Education at University of Nigeria Nsukka where he bagged a bachelor’s degree in 1979. He also got a Masters Certificate from the Lagos State University in 2005.
Prior to becoming a member of the House of Representatives, he was Special adviser, Education to Lagos State Government from 2009 to 2011.
In the 2015 elections, he contested for the Federal House of Representatives under the platform of the All Progressives Congress (APC) and won to represent Ifako-Ijaiye Federal Constituency.