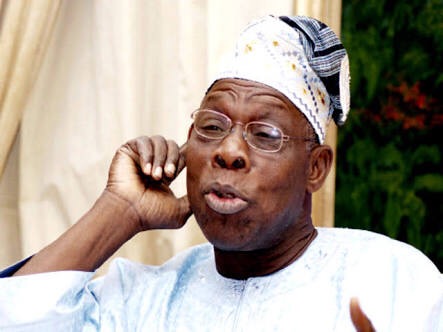 Though the 2015 general elections has come and gone but the echoes of what transpired before the elections may take a long time to go away with the way some of the events that happened behind closed doors is now coming out.

Gathered that prior to the elections, during the series of consultations that took the politicians led by Asiwaju Bola Tinubu across the country they met the oracle in person of former President Olusegun Obasanjo.

During this consultation Tinubu clearly described Obasanjo as the navigator that will direct them right concerning who will be the flag bearer of the newly formed All Progressives Congress party.

T Chief Olusegun Obasanjo who have unintended dumped PDP prior to the 2015 presidential election. On the announcement, the then opposition party began wide consultation, which got them a visit to the Ex president for political advices and fatherly advices that can enable the APC win the election they sort after so dearly. During this consultation Tinubu clearly described Obasanjo as the navigator that will direct them right concerning who will be the flag bearer of the newly formed All Progressives Congress party.

During the discussion, the group inform Obasanjo that they wanted Buhari to the party flag bearer, Ex president Obasanjo we gathered told the APC warned them to beware of Buhari. At this juncture Ex President Obasanjo clearly told them that though Buhari is no doubt a good man but warned them ( APC ) against fielding him, that Buhari can’t change that he knows Buhari very well and his abilities.

Later Ex Gov Tinubu and others went to baba and convinced him that Buhari is the only person that can get votes and win election for them and defeat the then ruling PDP before the election they might loose the election. Baba also told Tinubu and co that Buhari is not the person that can fix Nigeria. But it was too late for Obasanjo to convinced them because like Pharaoh their minds were already made and hardened to field Buhari.

Right now, Buhari is confronted with the post election issues like the NASS election, government policies, economic downturn, unemployment, insecurity and so many more, which have stagnated the country from growth or development though baba in his mind would be saying he warned them but they would not listened then.