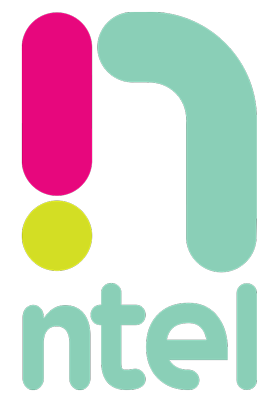 The recent media onslaught against the former Chairman of Skye Bank, Mr Tunde Ayeni is targeted at frustrating the acquisition of Nitel and to ensure it is deprived of needed funds to execute its work plan.

According to a retired director of the Ministry of Telecommunications who preferred not to be named, the mafia behind the recent media campaign are the same as people who have sworn to retreive the former national telecom company from Natcom since the company won the bid and launched its brand, ntel, and introduced to the market the most sophisticated 4G services .

He said:”It is quite sad how in Nigeria we dig our own grave and we cry that we are not making progress. I just saw on an on line medium some grave allegations about Tunde Ayeni and his stewardship in Skye Bank. While I do agree that office holders should be accountable for their actions, I wonder whether this should be in the media. One would wonder what the real intent of Skye Bank or whoever is behind that story is. Having petitioned the President of this country, why hastily bring the same allegations to the media? The intent of this is either to conduct a media trial and convict the person (given Nigerian’s general phobia of not wanting to be in the press), or to pre-empt the President and blackmail him to act in a particular manner. Or better still it may be to achieve a sinister motive of discrediting the man in the eyes of potential partners so as to make him a commercial outcast and ultimately overrun his business. Otherwise how do you explain this action?

One would wonder whether all these alleged financial losses running into almost N300bn as stated by the bank could have possibly been accumulated in just over two years of Ayeni’s chairmanship because he only became chairman in 2013. How much was the total deposit base of the bank over the two plus years that one chairman would incurr such expenses in so short a time? Could the bank only just suddenly start keeping two books as alleged when he became chairman if two books didnt exist before?

Is the bank truly only interested in recovering their loans from Ayeni, or they are more interested in hijacking Nitel from him? The information available to me is that Ayeni has been striving to repay the loans owed (which I understand is far lower than the amount claimed by the bank). In fact I understand that as at last week, he made a payment of USD10m towards repaying the Nitel faciliy, while he also makes a quarterly payment of USD4.5m towards repayment of the facilities for the Ibadan and Yola discos in line with the restructuring agreement with the consortium of lenders. I am also made to understand that Ayeni has been discussing with a potential investor for the injection of USD200m into Nitel to repay the bank’s loans and has availed the bank with a term sheet for the facility. Having taken this course, and knowing the sensitivity of foreign investors to allegations of this nature, is this media trial not aimed at scaring away the potential investor, like they did earlier ones, so that they can actualise the agenda of hijacking Nitel from him, as veiled in the alleged petition?

In all of these grand plan, the interest of Skye Bank is not taken into consideration at all. For a bank that has suffered serious erosion of confidence on account of negative orchestrated media attack, and is just struggling to find its feet again, how complimentary to the restoration of public confidence will such medial trial be to it? If the persons behind this are truly only interested in bringing persons who may have been involved in wrongdoing in the bank to book, why single out Ayeni out of three Chairmen, the first of which was Alhaji Musilui Smith, and Mrs. Onasanya? Why also bring the matter for media trial, having already submitted it to the highest authorities?