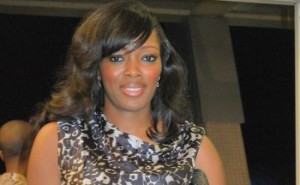 The city of Lagos will always lead in every facet of entertainment life. The clubs are in a different league so also the clubbers and the hangers-on; but if you really want to club and see all, it is best to go on clubbing on the Island where the upwardly mobile and super-rich unleash their inner animals. Few weeks ago, precisely during the Christmas and New Year celebrations, Grill-on-the-tent, Kudetta, the upscale rooftop located inside Mega Plaza on Victoria Island witnessed one of its most memorable moments when two of the biggest Island girls threw all decorum to the wind and tore at each other shamelessly.It was a sight unprecedented. The two big girls who went for each other’s throat are CEO of Elite Modeling Agency and highend event management guru, Elohor Aisien who is married to Island big boy Owen and Chalya Shagaya who used to play big on the Island social scene years back before she relocated abroad. We can authoritatively tell you that this story is in-depth and very extensive. So in order to understand the full gist and why the said fight took place at the lounge in Mega Plaza, we shall in our usual no-holds-barred fashion unveil the gladiators herein mentioned. Chalya Shagaya has always been one of the authentic big girls on the Island. She was a huge socialite in theose days but above all had a permanent seat on the style avenue. In other words, she was effortlessly on the best dressed list as her dress sense earned her so much admiration amongst other big girls on the Island. During her reign on the Island social scene, she was dating Owen Aisien who is of Benin extraction. It is a known fact that while Owen was in love with Chalya, she in turn treated him with so much respect and attention. She was just very basic about him so it can be said to be a one-way affair, until Elohor arrived the scene and snapped up Owen. Owen Aisien is a go-go party/club type of boy so his social life was very fully on. Immediately Elohor set her eyes on him, she was never going to let go of tall, handsome Owen. Being an Edo girl also helped her as she warmed her way into the Aisien family. Before Chalya knew it, she was left out in the cold and Owen and Elohor got married. Most Islanders believe that it was the shame of watching all these unfold that compelled Chalya to relocate abroad for a long while.
However, Elohor did not get married to Owen the first time they scheduled it as Owen’s parents insisted Elohor must be pregnant before the marriage; so they had to reschedule it until she could prove she was fertile enough to be Mrs. Aisien. With the exit of Chalya and her leveraging as Onosode Igbinedion’s former PA and close pally, Elohor rose to the top of the Island social establishment with her Elite Modeling Agency packaging. Yes, she was very close to Ms. Jonathan who introduced her to big people especially big guys that can make things happen. Being a very strategic planner, Elohor negotiated her way to the top and has far exceeded the level Chalya left her as she calls the shots on the Island social scene today. When there is a show being handled by Elohor, you would see all the Island big girls going up and down to assist her make it a success. Even when she is not using ushers, these big girls would in their Loubotin heels and designer apparels stand up to help Elohor by making sure her event is a point. But even with his wife’s influence Owen has gone ahead to impregnate another Igbo girl who gave him his first son. Elohor’s was a girl. It is with this low-keyed Igbo girl that he spends a lot of his times these days, as even Elohor herself is too busy making money. But Chlya’s grouse is that Elohor displaced her and took what was hers. But people say Chalya who is a known snub did not appreciate what she had until she lost it. So at the penthouse lounge at Mega Plaza they found themselves on the same table as they were believed to be guests of Lolu Shodeinde who used to co-own Reloaded Night Club. The table was filled with big boys and girls, Elohor and Chalya kept eyes on each other which snowballed into verbal vituperations and before you could say Jack, Elohor who was wearing a pair of navy blue jeans and black silk top was more than ready to give the tiny Chalya the beating of her life. Lolu Shodeinde and his friends had to separate them and was seen escorting Chalya out of the venue to calm her down.
The big question is, why is Owen this hot amongst Island ladies to the extent of fighting themselves in public? Truth be told, Owen is a good lover whose reputation as a well-endowed man is as popular as APC/PDP fiasco. The story of his ‘bedmatics’ is told by all ladies. Secondly Elohor feels Chalya is a loser who has lost the plot in life and cannot deal with the success she, Elohor has made of what she, Chalya used to treat as trash.