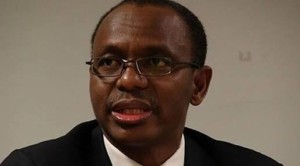 The Federal Government has countered a claim by the Governor of Kaduna State, Nasir el-Rufai, that the administration of former President Goodluck Jonathan spent N64bn on Independence Day celebrations between 2011 and 2015.

El-Rufai, in a Facebook post on October 1, had hailed President Muhammadu Buhari for allegedly budgeting N70m for this year’s Independence Day anniversary celebration.

But in contrast to el-Rufai’s claim, the Office of the Secretary to the Government of the Federation, in response to a Freedom of Information request by BudgIT Nigeria, noted that the Jonathan administration had spent N332.6m for the anniversary celebrations.

In the letter titled ‘Independence Day celebration/centenary actual expenditure from 2010 to 2015,’ the Director, Finance and Accounts, in the Permanent Secretary’s office, Mohammed Garba, said, “With reference to your letter dated 2nd October, 2015 on the above subject matter, it is stated as follows: