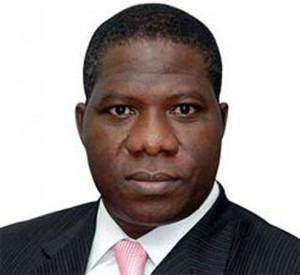 According to Nicole Richie, a fashion designer, actress and author while talking about betrayal, “It is hard to tell who has your back from who has it long enough just to stab you.” This much can sum up the genesis of the current political crisis rocking the newly formed All Progressive Congress (APC) in Ekiti State.

It is no longer news that the incumbent governor of the state, Dr. Kayode Fayemi, is at the moment not in good terms with his erstwhile friend and financier in Hon. Opeyemi Bamidele. Sources revealed that the two became friends years back during the struggle for the actualization of the democratic process the two are currently enjoying and it was their friendship that forced Opeyemi who was then a commissioner in Lagos State to nominate his longstanding friend, Fayemi, for Asiwaju Bola Tinubu, the leader of the defunct Action Congress (AC) when the question cropped up as to who would fly the flag of the party in the 2007 elections in the state.

The decision of Opeyemi, popularly called MOB (an acronym of his name Michael Opeyemi Bamidele) to nominate John Fayemi Kayode or JFK to contest for the position of the governor of the state under the AC practically polarized the party as others who had also been eyeing the position under the umbrella of the party like Ayo Arise, Bode Olowoporoku, Dare Babarinsa, Dayo Adeyeye, Omoniyi Olubolade and about 10 other aspirants were forced to contest on the platform of the Peoples Democratic Party (PDP).

It came at a time the people of Ekiti were tired of the kind of governance they got from the ruling PDP, with MOB looking like a messiah from Lagos where he was serving then as the commissioner for information and strategic planning. Sources revealed that it was because of Opeyemi’s determination that the AC still seemed kind of alive in the state, as he was said to have been financing the day-to-day activities of the party from his personal purse and this we gathered endeared him to the people who would prefer he contest the election but he was said to have declined even when the party’s national leader Bola Tinubu asked him declaring that those who had governed the state previously came from his senatorial district and that JFK would be in the right position to govern since he emerged from another district.

The antics and drama during and after the election were also well-documented; from the time where election in some local governments were ordered to go through rerun to the drama of Madam Ayoka Adebayo and the judgments before the Court of Appeal finally declared him winner in 2010. During this period the pair were very close until the process leading to 2011 election were Opeyemi decided to contest on the platform of the party he had been spending personal funds on to keep alive for many years. He declared his intention by resigning his position as Commissioner for Information and Strategic Planning in Lagos State for Ekiti where he hoped to exercise his right as a citizen of the state, contesting as senator representing Ekiti Central at the Federal House of Representatives. It was during this period that the whole issue that is currently rocking the state was given birth to.

Sources revealed that the decision of the serving senator representing Ekiti Central Babafemi Ojudu to join the fray is largely responsible for the breakdown of the relationship between MOB and JFK. A source alleged that the decision of the governor to support Ojudu, his personal friend against Hon. Bamidele was perceived as betrayal of trust by MOB, who at that time was said to have decided to pull out of the then Action Congress of Nigeria (ACN) and that it took the intervention of the party chairman, national leader and the elders in the party to persuade him to remain after he was schemed out through the power of the governor who allegedly used his office to cancel the primaries and tilt the choice of candidacy to Ojudu.

Those in the state are aware that since Opeyemi Bamidele was given the ticket to contest for the House of Representatives, he has been distanced from the governor and unlike other members of the House of Representatives who were elected from the state, he has been carefully plotting his revenge on the governor sources alleged he practically sponsored, and rather than the governor to offer him an olive branch to give peace a chance, he was said to be acting on the advice of his cronies to continue giving the legislator the cold shoulder.

It came as no surprise when the news that the governor was having a running battle with the party national leader, Asiwaju Bola Ahmed Tinubu, over issues relating to the payment of dues as well as ceding authority in some ministries in the state to the politician. The face-off lasted for more than two years while the man generally addressed as Asiwaju was alleged to be shopping for the replacement until the governor got wind of the news that MOB was making plans to contest against him after which he was alleged to have approached the leader to pay his dues and many more. As expected, he won over the politician to his side.

Recently when the ACN’s ambition to wrestle for power at the federal level and challenge the ruling party spurred it to forming an alliance with two other political parties to form a mega party, which means the party would have to be dissolved. The lawyer-turned politician capitalized on the opportunity presented to him by the dissolution of the party from which they were both elected to make known his intention to contest for the office of the governor, and this signaled the beginning of a new political drama, warfare and ambush in Ekiti State.

A couple of months back, when the story filtered in that MOB would be contesting against the incumbent, both supposedly members of the same party before its dissolution, it was thought the whole thing was planned to ruffle the incumbent whom the former felt had betrayed him, but the series of attacks he had to endure by many who are loyal to the incumbent using different media and forums confirmed that his decision to contest is viewed as a threat to the second term agenda of the governor, a development which the camp of the governor asked their party national leader to mediate in. In the course of his mediation Tinubu allegedly told Fayemi that it was Ope that brought him as he (Tinubu) did not know him and that he should go and settle with him and that he should also go and apologize to MOB’s father, an advice JFK was said to have cast aside while his boys were busy maligning the person of the lawmaker.

The whole drama, however, took a new turn recently when MOB decided to launch his coalition group “Bibire” a decision which after he had written the police and every other agency was disrupted by the men of the road transport association and the police, with the police stating that the launching was against electoral act which prohibits political campaign until it is 90 days to elections. However, Opeyemi claimed it was a deliberate plan to disrupt the launching of a group.

Sources also revealed that his decision to contest is giving the team of the Gov. Fayemi so much sleepless nights owing to the fact that the number of those who are registering to be members of the “Bibire” group is swelling by the day, this it was gathered informed the reason key followers of MOB were picked by security agents days after the botched launching.

Since the launch, it has been one tussle or the other; the most recent was the one that forced a shutdown of Iyin-Ekiti, the home town of MOB by security operatives after he was invited to chair an event in the town, but the personal assistant to the state governor on Internal Security Deji Adesokan also known as Jaruu, who incidentally is also an indigene of the town invaded the place with his thugs despite the fact that he was never invited by the celebrant. This it was gathered led to confrontation between them and the youths of the town, making the government shut the town as mobile policemen were drafted to the area and this cost the people who could not ply their trade huge losses.

Opeyemi’s stand on the whole issue remains resolute despite the fact that the supposed leader of the party Asiwaju Tinubu, who had been away for medical treatment abroad returned and asked him to step down, a decision he vehemently to rescind as he told the former Lagos governor he will not deny the trust of his people. This allegedly infuriated the man popularly referred to as Asiwaju, who threatened to put all his machineries against his once beloved son, who will not shift ground for his political godfather over his right to contest against the incumbent.

The latest from the unfolding political drama facing the state is when MOB decided to resign his position as the head of Ekiti State representatives in the Federal House of Representatives. This much was contained in a letter addressed to the Governor of Ekiti State and dated 22nd October, where he stated that the decision became important in order to respond to the yearning of well-meaning Ekiti indigenes who asked him to run for the office of the governor of the State. In the letter which he copied the former governor of Lagos State, Asiwaju Bola Tinubu, speaker of the House of Representatives, Hon. Aminu Tambuwa and the minority leader of the House of Representatives, Hon. Femi Gbajabiamila, he stated that it was time for him to move on in pursuit of aspiration to honour God.

Though it is still unclear where he intends to fulfill this ambition, rumour is rife that his next point of call is the Labour party. This is further reinforced by his closeness to the governor of Labour-controlled Ondo State. The way it stands, it is a well-known truth that MOB’s defection is a thing of worry to the newly formed APC, which is the reason the party acting national chairman Chief Bisi Akande and the elders who moved from the defunct ACN are not saying anything about the issue.