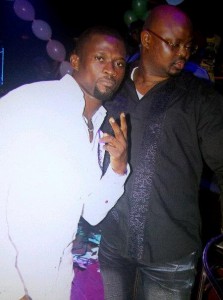 It was a bad a situation for Nigerian communities based in Dubai (United Arab Emirate) especially the Yoruba caucus when the big boy and a music promoter Alh. Sulaiman Onirobo died in a specialist hospital some days ago.

It was learnt that Alh. Sulaiman complained of uneasiness in his body and told one of his boys to drive him to a hospital. At the hospital he was admitted so that the doctors can have enough time to monitor him properly but instead of the ailment relieving him it got worse.

However, after series of medications and several tests the source of the ailment remained unknown and the hospital advised that he should be taken back to Nigeria for further treatment but Onirobo was alleged to have bluntly disapproved of this.

According to one of his close aides who was among those who saw him last, his condition got worse and he could not breathe normally except with the aid of oxygen mask. “That was when we knew that this situation is going beyond normal,” the aid said.

“This threw us into confusion and we started to panic and to confirm our worst he breathed his last after a month and some days on hospital bed battling this strange illness that finally claimed his life.”

During his lifetime, he was said to be a gentle and kind man who always loved to assist his friends no matter what the situation was and because of his love for entertainment, he has facilitated and organized musical tours for Nigerian musicians like late Sunny T. Adesokan who also died recently and Sulaiman Alao Malaika to showcase their skills in Dubai.