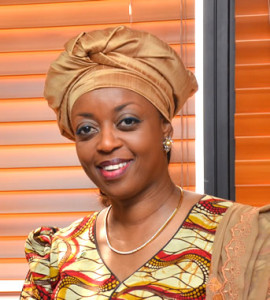 It is no more news that the present administration of Muhammadu Buhari a former military ruler and a no-nonsense anti-corruption agent is doing everything possible to unravel the many corrupt practices under the leadership of ex-President Goodluck Jonathan. The presidency, in its bid to start the anti-graft campaign from the top, beamed its searchlight on the oil industry. The appointment of Dr. Ibe Kachikwu paved way for the cleansing of the oil sectors. Almost immediately on resumption, top directors of the Nigerian National Petroleum Corporation, NNPC were fired while the accounts of the corporation were properly looked into. But that is not the hot gist we are serving you in this edition.
What is currently brewing in the oil sector of the country’s economy is that top oil marketers who were involved in many shady deals during the past administration are now running helter skelter, looking for where to hide their heads for safety. Information getting to Global News affirmed that the reason for their hiding game is due to their involvement in multi-dollar deals when ex-president Jonathan was in power. We gathered that knowing that the past election would not be that easy for him, the former president allegedly gave out a whopping $26m (Twenty Six million US dollars) each for the oil marketers to prosecute his victory during the election in their individual states. The oil marketers collected the money and rather than using it for the purpose it was meant for, they converted the cash for personal use and never embarked on any electoral prosecution. The ex-president however believed that the oil marketers are working for his interest and allegedly relied on them, thinking that he need not worry his head on his victory during the election.
We also scooped that the money formed part of the cash allegedly claimed to be stolen the coffers of the NNPC. Before this issue, some of the oil marketers were alleged to have collected huge amount of money from the subsidy fraud that rocked the country some years back. They were ordered to lift fuel at the time but they refuse to do so. They just collected the money and transferred it into their personal accounts. For now, nemesis seems to be catching fast on them as they are now running from pillar to post to evade arrest and possible imprisonment.
With the present predicament of their principal partner-in-crime, Mrs. Diezanni Allison-Maduekwe, the corrupt and treacherous oil marketers had it in mind that the fear of Buhari is the beginning of wisdom, hence, their hide and seek game. It is of general knowledge that Diezanni may likely face a long-term jail term alongside some of her family members and beneficiaries of her generosity during her time as the country’s minister of petroleum resources. Few weeks back, she was arrested in London alongside her mother and some of her ill-gotten properties were allegedly seized by the British government. We also gathered that some of her business associates like Kola Aluko and Jide Omokore, who have been severally linked with the former minister may not be left out of the prison experience by the time the law concludes judgement on the activities of the ex-most powerful woman in OPEC.