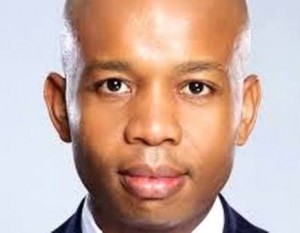 There’s no doubt that Diamond Bank Plc is striving hard to be among one of the best banks in the country with theirservices that are people oriented. But while one will commend them on this, their customers are also groaning under the series of illegal deductions on their hard earned money. One of the customers who simply gave his name as Femi disclosed that the bank are not helping the customers with way they have have perfected to defraud them, he went further that the most annoying and sad part of this illegal deductions are on transfer to another Diamond bank account holder both on the internet banking and mobile app. He disclosed that for some time he has been trying to watch his transaction carefully on his transfers to another customer within the Diamond bank circuit. He said “on each transactions that I made I discovered that there is a deduction made but I will just noticed that my account balance is not what it’s supposed to be after each transaction.However,i took my time to watch carefully my transfer few days back and I was surprised that between N80 and N100 were deducted for the transfer to Diamond bank account which in the first place supposed to be free”.

This is not good and it’s nothing but a fraud when they are deducting money for the transfer within their own bank that’s not going through any other third party like interswitch. If this is painful, the story of another customer Kingsley is pathethic, he disclosed that if he’s maintaining his credit card the bank made him to pay charges when he’s transferring money from his platform to the card. He went further that when he wanted to get his card he was told that he would only be charge when he made a cash withdrawal with the card on ATM machine but if it’s used on POS he’s not going to be charge but the reverse is the case. Kingsley disclosed that he’s always careful not to withdraw cash from ATM, but he was shocked to find out that when he used the card on POS at a filling station but to his surprise he was charged N100.

“I felt this was a mistake and Istarted to take note whenever I used the card on POS but the story is still the same thing ,you have to pay this ridiculous and illegal charges. It’s painful that we can experience this kind of illegal deduction without putting us into consideration and government is not doing anything to help us, they are also charging us for other things like, interest on credit card on monthly basis, account maintenance fees, card maintenance fees, sms alerts and other charges yet they will not leave us alone with this petty theft. Those who have something to do with the bank in terms of loans are also not left out with this dubious charges as one of them claimed that if one is not careful and not alert, the bank always charge different king of charges and unsolicited for interest which at the end of the day will increase what you are going to pay them.