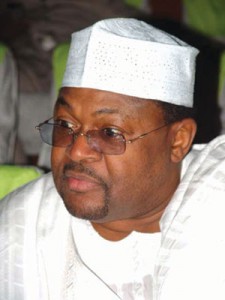 <[showads ad=GLO] /a>This is undoubtedly not the best of times for Mike Adenuga’s Globacom as key staffers of the company have absconded from duty largely because of lack of corporate governance. Gathered that the group chief operating officer (COO) of the company, Mohammed Jameel and the chief technical officer (CTO) Sanjib Roy both Indians have absconded from the company because of what sources termed as Mike Adenuga’s ugly and very high-handed managerial style.

Our investigations further revealed that in order to leave unhindered, the two most senior staff of Globacom left the country without tendering their resignation letters. While the CTO left about five months ago, the COO left the country about five weeks ago.[showads ad=GLO] Also, the chief information officer (CIO), Mr. Cesar Camara, an African expatriate, has tendered his resignation letter. Unlike the Indians, who left without notice, Camara gave the statutory notice. It is, however, feared that in line with Otunba Adenuga’s well-known practice, he might not be given his severance pay. “In Adenuga’s companies, you either get sacked or you abscond. There is no room for niceties like resignation because if you do, you would definitely not get your severance pay. The usual practice is that as you get your salary, you take off without informing anybody,” a source said. It was also gathered that Otunba Adenuga is so enraged with the disappearance of his two key Indian staff that he has sacked over 20 Nigerian staff for not informing him that the Indians were planning to leave before they fled. The Nigerians were initially placed on indefinite suspension. He called them back, only to fire them few days after with a promise to send more packing.

According to a staff of the company who spoke to ionigeria.com on the basis of anonymity, “Globacom is a perfect example of a company without corporate governance. Decisions on the minutest issues are taken by Adenuga without consulting anybody. Even when he calls a meeting, it is to brief you on the decision he has taken. [showads ad=GLO]You cannot book an appointment to see him, no matter the title you bear. Adenuga, only sees you when he wants to.

“The secret name for Otunba Adenuga, amongst his staff is Boko Haram because of the way he terrorises them. Things are so bad that when you are informed that he wants to see you, you quickly clear your table because you may not come back,” another source revealed. 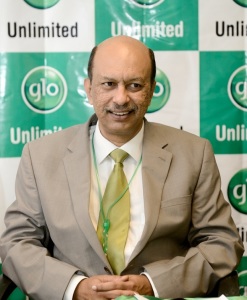 His bad attitude towards his employees cuts across all cadre. He is said to have no respect for anybody. A good example is Mr. Ike Oraekwuotu, former managing director of Equitorial Trust Bank (ETB) who is now with Globacom. Since, his seconding to Globacom, Mr. Oraekwuotu is said to have been suspended more than four times over very flimsy issues. [showads ad=GLO]The poor gentleman is said to be stomaching the insults because his children are still in school and their school fees have to be paid.

Another key staff that Otunba Adenuga has dealt with badly is the 74-year-old executive director, Human Resources, Mr. Adewale Sangowawa.

Mr. Sangowawa is an accomplished and highly successful banker, economist and management consultant. Born in Isonyin Ijebu, he attended Emmanuel School, Isonyin and Government College, Ibadan for his primary and secondary educations respectively. [showads ad=GLO]From there he won a USAID scholarship to study at the University of Makerere, Uganda, where he obtained a Bachelor of Arts degree in Political Science & Economics and a Master of Arts degree in Development Economics. After starting his career with the Ugandan Civil Service, Mr. Sangowawa returned to Nigeria in 1967 and worked briefly at the Central Bank. However, he was soon attracted away by the African Development Bank (ADB) in Abidjan, Cote d’Ivoire and spent 28 years (1969-97) on a long and glorious career with the ADB, culminating in his appointment to the post of vice president – a post he held for seven years

After his retirement from the ADB, Mr Sangowawa started up a management consultancy in Abidjan, offering help and advice to private sector companies, the ADB and regional national governments. In 2002, he was invited to join Globacom in its roll-out as the second national operator of telecommunications in Nigeria, and he remains an executive director at Globacom, where he spearheads the management of Human Capital. [showads ad=GLO]He was also recently called back from suspension by Adenuga after appeal on his behalf by some Ijebu chiefs.