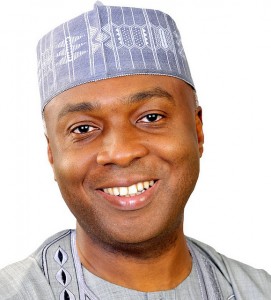 The high-handedness of the Saraki family ran aground the Societé-Generale Bank years ago and till date, they are yet to answer to the charges against them. Even when charges of corruption were brought against Bukola Saraki, his sister, Gbemisola and others in 1990, their late father, Dr. Abubakar Olushola Saraki allegedly used his clout to shield them from the law. While the others appeared in court, none of the Sarakis ever did.

About 10 months after Bukola Saraki was elected governor of Kwara State years back, the House of Representatives summoned the then Central Bank governor, Joseph Sanusi to explain how Societé-Generale Bank overdrew its capital base by N11 billion. The governor was issued an order on 3rd March 2004 giving him only seven days to give a satisfactory explanation regarding the bank’s activities. Strangely, no director of the bank was summoned by the House of Representatives.

It was found out that between the years 1999-2003 which happened to be the most critical period in the life of the SGBN, Bukola Saraki acquired 15 luxurious cars, which included a Ferrari. He and his wife, Toyin, also purchased houses in London worth 10 million pounds. On 29 November 2001, Bukola Saraki bought a mansion in London for £4,250,000.00. The house with title number, NGL805616, is located on 70 Bourne Street, London SW1W 8JW. The lease hold on the property was registered on 9th January 2002 with the land registry, Harrow Office.

It was reportedly bought with a loan from Fortis Bank, SA-NV. The house now has a free hold. The three-story structure is nothing short of a palatial mansion befitting only a king. The house is not far from Buckingham Palace road. The interior of the house speaks volumes about Senator Bukola Saraki’s high taste and love for good things; almost everything in the house, including door knobs, is gold plated. Toyin Saraki had previously bought No. 69 Bourne Street in 2000 for £2 million. In 2002, Bukola also bought No. 53 Ashley Gardens for £4 million; he used a front company known as 53 Ashley Gardens Limited.

Apart from his UK properties, Bukola Saraki owns several properties in Nigeria worth several millions of naira including a N700 million house on Victoria Island said to be fetching him N96 million rent annually. His friends and associates have posited that he was in the private sector when he bought his London property. He was the vice-chairman of Societé-Generale Bank at that time. The belief is that while the bank was experiencing financial problems, he, as an executive of the bank was acquiring multi-million pound homes worldwide.

For the people who have their money trapped for many years in the defunct Societe-Generale Bank of Nigeria [SGBN] owned by the strongman of Kwara politics who happened to be Bukola’s father, there is every reason to smile again. The reason for their big smile is that the bank has been resurrected via the powerful influence of the immediate-past governor of Kwara State and now a senator of the Federal Republic of Nigeria, Dr Abubakar Bukola Saraki who happens to be the son of the late political strongman of Kwara.

It was a ray of hope weeks back for the hopeless customers when they were asked to present the necessary documents to reclaim their money. They were also given an option to continue banking with SGBN if they so wish as the bank is now operating under a new name known as Heritage Bank. Different centres designated for the exercise were filled to the brim as over-anxious customers were trying to do something about their accounts.

Information at the disposal of HS, however, indicates that Heritage Bank, the new bank which the customers who are willing to continue their business relationship are being referred to, has a link with the Saraki family. It was further gathered that the closeness between Senator Bukola Saraki and the Central Bank of Nigeria (CBN) Governor, Mallam Sanusi Lamido Sanusi is instrumental to the registration of Heritage Bank sometime around last year. Their age-long closeness was said to have been used to fast-track the registration as we were told that there are many applications aimed at floating banks on the table of Sanusi but are yet to be attended to.

While it is believed that the crises that paralyzed SGBN is lack of good management, one can only hope that lessons would have been learnt from the bad experience of SGBN as Bukola Saraki and his other partners steer the ship of this new bank.