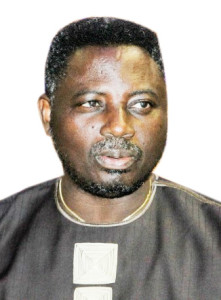 For people who know the popular general overseer of Kingsway International Christian Centre [KICC] based in United Kingdom very well or for some who have been following events about him, the response that will greet their lips as they read this headline is ‘again?’ Yes,’again?’ was what we said when we first got wind of this story but if the reports that are filtering into our office is anything to go by, then the British government that has been on Ashimolowo’s case for many years may be preparing for another set of inquiries into the case of our dear pastor ‘as usual’.
As the story goes this time, the flamboyant pastor was said to have been paid handsomely by the British government when he was asked to vacate the landed property which used to house his church premises in a disused cinema hall located in Walthamstow, in North East London during the Olympics in London two years ago and he moved to an abandoned park known as Buckmore Park, Scout Centre, in Kent, where he is said to operate from now.
The bone of contention here is that some members of staff of the church have been questioning the rationale behind the acquisition of the new park viz-a- viz the£160 million the British government was said to have offered him to vacate his former property. These people are of the opinion that Ashimolowo has once again diverted a large part of the money he got from the British government into his private ventures instead of the new church site as agreed between him and the government. One of the ventures in question is his private university located along Gbogan Ode -Omu road in Gbogan, Osun State, where he is believed to hail from.
In other words, these people who claim to be in the know are alleging that Ashimolowo has played a fast one on the British government as usual. Although an underground investigation conducted by Global News revealed that the people who have gone to town with this story are chiefly the people who feel embittered that the man of God did not ‘settle’ them, their allegation is now a topical one on the lips of virtually all members of the church and nobody seems to be ready to deal with the issue as many of them don’t only respect Ashimolowo, they also dread him.
Ashimolowo whom the British authorities see as being controversial over the years claims he earns a whopping £100,000 a year. He is also said to be in the habit of distributing forms to his congregation and advising them to make bank transfers into his church account especially when they come to the church and are unable to make huge donation he expects. His common slogan we learnt is: ‘God wants you rich’. This slogan of his may have affected the psyche of his thousands of worshippers who are mostly Africans or Caribbean who are said to have spent practically all their savings in the church.
Pastor Matthew Ashimolowo is not new to controversy. He swims from one controversy to another especially with British authorities who had at one time or the other indicted him in cases bordering on fraudulent activities.
Remember that recently, the Charity Commission banned the man of God from dipping his hands into the coffers of the church funds without approval from the commission before making any more investments on behalf of the church.
The order was made by the commission as part of a statutory inquiry it started into the charity last year after concerns were raised about its financial controls.
It is the second inquiry into the charity by the commission, which concluded in 2005 that there had been a “possible misapplication of funds” by the senior pastor Matthew Ashimolowo, who agreed to repay £200,000 to the charity.
The church is based in East London and claims an attendance of up to 12,000 people a week at its main building in Walthamstow. It has several other branches and its income in 2010/11 was £9.4 million. In 2010 it lost a planning bid to convert a former Bingo Hall in Crystal Palace into a new church.
The new inquiry, which is continuing, is mentioned in the charity’s latest accounts filed with the commission, which reveal that it gave £5 million to a former trustee, the former professional footballer Richard Rufus, to invest in the financial markets.
The accounts say the investments, made in two installments of £3 million in 2009/10 and £2 million the following year, reaped returns of £836,720 in the first year and £500,000 in the second.
It also says that in the wake of the commission’s investigation, trustees sought professional advice and took “the prudent step of providing for losses on the capital amount invested.”
Nick Brooks, head of not-for-profit at accountancy firm Kingston Smith, said it was not clear from the latest set of accounts if the £5 million investment had been lost, but there appeared to be some doubt about whether the charity would get it back.