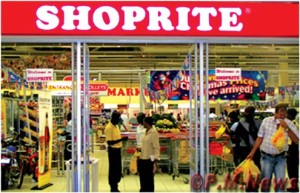 It is the norm in Nigeria to greet the emergence of a new outlet or shop with so much funfair and the establishment of South African stop-shop Shoprite in Ikeja axis of Lagos State was seen by many as a blessing and this is due to the fact that those who had been living on the Lekki and Vitoria Island axis of the state had for long been telling all sweet tales of their experience at the arcade and it is no surprising that the queue of those eagerly waiting for the opening of the shopping centre on daily basis has not diminished since it was opened almost a year ago.
Information at the disposal of Global News is that all the items in the Shoprite outlet of the Ikeja Shopping Mall may not be as good as we are made to believe as it has come to our notice that the administrators of the outlet may be compromising on the quality that over the years stood them out.
Sources revealed their experience of below-standard procedure especially in their cooked food department. A customer of the outlet who identified herself as Mrs. Omolola expressed her surprise when she recently ate chicken she bought at the stop-shop she discovered it was showing signs of rotting as it had started drawing and this made her believe it may be due to the negligence of one of the staff, but to her surprise similar incident has occurred about six times after it was first discovered.
This was the same complaint of another customer, Mrs. Olayiwola who said she buys foods regularly from the Ikeja Shoprite. She said she observed that the Shoprite kitchen tends to over-project their expected sales, the reason they have much leftovers with no proper preservation leading to the chicken and sometimes the turkeys being exposed to bacteria. According to her, she has since stopped buying chicken for her children from the Shoprite.
It is noteworthy that the company had never been found wanting in such cases since their inception in South Africa, but such may be deemed fair because those whose responsibility is to undertake regular inspection at such outlets have failed in their duty and considering the recent outbreak of dreaded cholera disease in Lagos, it will not be farfetched if a closer look is paid to outlets such as the Shoprite as their negligence may spell doom for thousands of Lagosians who could be victims of the cholera outbreak. 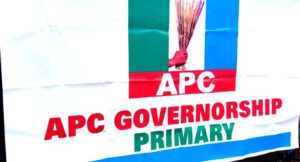