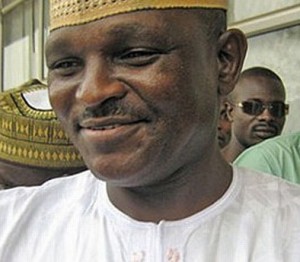 In 1998 when they were arrested for interrogation by the Special Investigative Panel, SPI, hardly did anybody realize that that was the beginning of an end of Major Hamza Al-Mustapha. The former chief security officer, CSO, to the late head of state, General Sani Abacha was one of the many people invited for interrogation over several criminal activities perpetrated during Abacha’s regime.

Recently at the Kirikiri Maximum Security Prison where Al-Mustapha has since been detained before and after he went on to appeal against the Lagos high court that passed the death sentence on him, we found out the man lives large even in. He has a special room to himself which is so conducive that he will not even have the feeling he is in a prison.

Furthermore we were able to gather that anything he requested for was granted to him without delay which still makes him a dictator even in prison; it was also made known that he chooses whatever he wanted which makes him not do anything as other prisoners. Whenever the major wanted ladies to satisfy his sex huge they were provided for him.

It was also made known by a source who does not want the name in print that Al-Mustapha is only trying to spend his last days enjoying, knowing he is fighting a battle that can never be won even when he has appealed against the initial sentence passed at the Lagos High Court sitting at Igbosere where Al-Mustapha and his co-accused Lateef Sofolahan were both sentenced to death by hanging, over the assassination of Alhaja Kudirat Abiola who was murdered by the government in power then because she demanded for the release of her husband and restoration of his mandate.