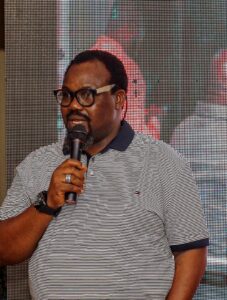 After ELEVEN months (11 Editions) of interactive, exciting, and illuminating experience by the organisers, the guests and partners, the 12th Edition of EPISODES was held to celebrate the achievement, success and mutually rewarding relationship with all stakeholders.
The One Year Anniversary Edition of EPISODES came up Thursday 24th November,2022 at the prestigious hospitality venue, The StudiobyTroy, Opebi, Ikeja, Lagos.

Arrival of Guests started around 6.00 pm and they were received with blue carpet reception, then treated to various brands of drinks and snacks at the Bush Bar.
The main event held at the Lounge, anchored by multifaceted entertainer, Jafextra, kicked off with light music and followed by introductions and special recognition of guests.

The welcome speech was done by Mr. Jide Fowode, Head Consultant, City Dreams Company/ Convener, Episodes.
Thereafter, a multimedia video of the Journey of EPISODES in the last one year was presented to the admiration of the guests followed by comments, reviews, and recommendations.
The special guests of honour in the persons of Mr. Gboyega Akosile, Chief Press Secretary, Lagos State Government, Peace Anyiam Osigwe, Ceo/ Founder, AMAA Awards and Dr. Seye Kehinde, Managing Director City People Media Group were also in attendance to add colour to the event.
In appreciation of the support of our partners, Recognition Awards were presented to our corporate partners, Coca Cola, Immatam, PC Place, Lightcast Studios, PeakPoint Global Intl.Ltd and Rocka Media. 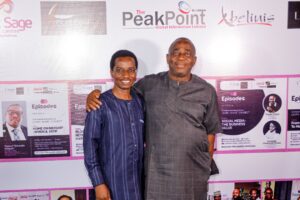 Our individual support partners, Peace Anyiam Osigwe and Mr. Gboyega Akosile were also honoured with Recognition Awards
Also recognised with the “Most Consistent Guest “ award was Mr. Kenny Adenugba.
The raffle segment sponsored by Eight Sage Ltd also provided reward opportunities for guests who won XBOOM HIFI System, Microwave Oven and Electric Blender
Consolation prizes, (Power Banks & Mobile Phone Car Holder) were also won, courtesy of Extra Maximum Productions.
Mr. Sola Fajobi, the Managing Director of The StudiobyTroy gave the vote of thanks and promised the guests and all stakeholders a more robust and better experience in the Season 2 of Episodes by 2023.
The after party came up immediately at the Pool Lounge till the wee hours; where guests were treated to sumptuous meal, choice drinks and good music.
The anniversary event provided the avenue to celebrate the achievement, success and the mutually rewarding relationship with all stakeholders and the opportunity of having insights towards a more successful and impactful Season 2.
It also served as the platform to wrap up the SEASON 1 of the Initiative