Skip to content
The trouble currently brewing in the Celestial Church of Christ (CCC Worldwide) may be far from ove r. This is as a report of the disarray within the hierarchy of the church. In a letter circulated to all the Diocesan Heads, Arch provincial heads, Circuit Heads, District Heads, parishes and all members of the CCC worldwide, the top echelon of the churcn clarified that the apparent misunderstanding and misrepresentations that have arises in respect of the recent judgment of Ilaro High Court involving the Church and one Mr. Godwin Bolanle Shonekan delivered on the 26th of March, 2015, it has become necessary to educate the generality of the members of the church about the judgement and the implications. 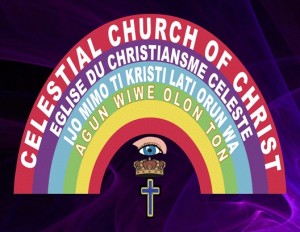 According to the leaders of the church, the accused Bolanle Shonekan distrupted the activities of the church in December, 2005 at the Holy City of Imeko, the CCC BOT Worldwide contested his claims and referred the matter to the High Court in Ilaro, Ogun State Judiciary for adjudication. We also gathered that on the 26th of March, 2015, the trial judge, A.O. Asenuga ruled that the self-proclamation of Mr. Godwin Bolanle Shonekan as pastor of the Church was illegal, unconstitutional, null and void. We also have it on good authority that the court further ruled that appointment of a Pastor in the Church needs re-articulation in a new Constitution. Meanwhile, some inadequacies were spotted in this matter which include:

That the son of the founder of Celestial Church worldwide, Senior Evangelist Tosho Oshoffa on Monday 22nd June, 2015 attempted to declare himself the new Pastor of the church. The opportunity to do this was averted by concerned members and he left with his followers after r enewing his attempt at Adanitan to no avail.

For now, the leaders of CCC worldwide are alleging that no one should have anything to do with Tosho Oshoffa who is perceived as a controversial man and whose antecedents does not qualify him to be the head of the church. According to the letter which we quoted “We wish to make it crystal clear that the action of Senior Evangelist Tosho Oshoffa did not and does not receive the imagined or real approval and blessing of the Board of Trustees as the corporate body acting on behalf of the church or the pastor-in-council. The Board of Trustees not only considers the action of senior Evangelist Tosho Oshoffa a rebellion against constituted authority, but especially as an action aimed at causing chaos and disaffection in the Celestial Church of Christ as a whole.”

For now, the leaders of the church have not appointed anyone as the leader of the church. The current leader still remains Mobiyina Oshoffa who is rumoured to be totally blind as at the time of this report. The Board of Trustees is still in charge of the administration of the church awaiting the right person to step into the shoes of Mobiyina Oshoffa. Global News shall update you on how the story goes.