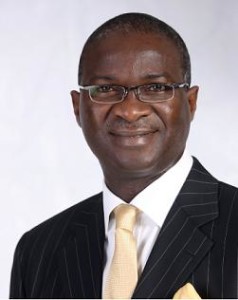 Forget the cosmetic appearance that one of APC’s national leaders, Bola Tinubu and his erstwhile godson, Babatunde Fashola, governor of Lagos State always put up when they are together in public sphere. Though many people are aware that there is a problem between them, the duo has always denied it. What quickly comes to mind is that the brouhaha that pervaded the 2011 second term ambition of Governor Fashola which Jagaban, as he is fondly called, did not want to come to reality. 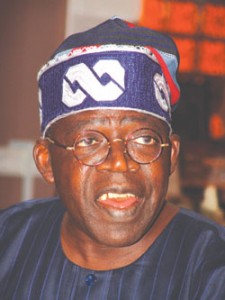 During this time, while the power tussle was going on, so many people from both sides became casualties of sorts. The latest casualties, this magazine gathered, are the outgone local government chairmen in the state. When their tenures elapsed, Jagaban Tinubu advised the governor to extend their stay in office, but the governor turned it down. The governor was also told that those among the LG chairmen who were serving their first term in office should be appointed. Fashola was said to have initially agreed to do this but later jettisoned the idea. Those who are in the know believe that for some time now, Fashola has not been listening to party leaders especially Tinubu who many believed does not deserve such ill-treatment.
We also learnt that even when they are in meetings, if Tinubu says something, the governor would tactically rebuff him saying, “No, no, no! I don’t want that.” We learnt that now, whenever there is an issue, Asiwaju always sees the handwriting on the wall that Fashola is being intoxicated by power. And like an elder, whenever there is an issue, he always tells them to let the governor have his way, at least he is the governor. However, Global News gathered that what infuriated Governor Fashola was the humiliation he met during his bid for second term. Some of the party elders then who are close to Jaban Tinubu were said to have gone against his decision and reminded him that he once said, “It is only a failure that will repeat a class twice.” The governor back then did not know that he had been quoted by the leaders hence, their resolve in halting his second term ambition.