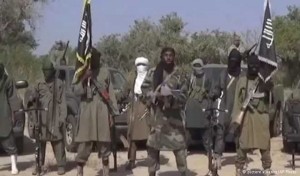 Boko Haram militants Wednesday abducted 16 women from Sabongari village in Madagali area of Adamawa State. Residents told our correspondent that the women were fishing at the Magar River with some men when eight gunmen seized them.
The two male companions escaped, one with a bullet wound to his arm while two other women also escaped and returned to the village.

A security officer said soldiers and vigilante members were immediately dispatched to search for the women.
Police spokesman, DSP Othman Abubakar, said a detachment of policemen had been deployed to the area.
The law maker representing Michika/Madagali Constituency in the House of Representatives, Adamu Kamale lamented the absence of security personnel in some of the villages in Madagali.