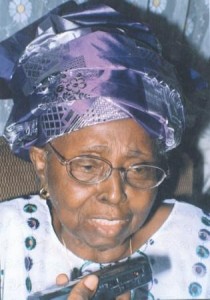 The brouhaha generated by the offensive article on the Awolowo family, written by Sam Omatseye, chairman, Editorial Board of The Nation newspaper, is yet to die down. Not surprisingly, the Awolowo believe the article was prompted by Asiwaju Bola Tinubu, leader of the Action Congress of Nigeria (ACN), in furtherance of his ambition to become the leader of the Yoruba, which has been vacant since the death of Pa Abraham Adesanya. Since the article was published, many people, especially in the filial Awo clan, have come out to condemn the writer, believing he was working on the agenda set by Tinubu to actualise his dream.

Perhaps what annoyed the Awolowo family is the paragraph where the writer stated that: “I wrote once that this woman whom Awo once described as the jewel of inestimable value has lost value to his cause. If he came back to life, he would have committed the extraordinary act of divorce after death. Even his newspaper, The Tribune, has so stumbled and fallen that it swims in Awo’s vomit.” And they have been quick to give it back to the perceived sponsor and the writer of the offending article.

In her own reaction, Mama HID Awolowo stated: “At 95, I have lived long enough to expect common civility from younger ones, assuming that they received and imbibed proper home training. Having just lost my daughter less than two months ago, I also expect that normal people would spare me the kind of vitriolic attack that was unleashed on my person and my family; particularly as such an attack was entirely unprovoked.”

The matriarch of the Awolowo family went further to say that the abject insult that was heaped on her person by Omatseye, for daring to rise above partisanship and pursue the common good, has caused her  the kind of pain that can only be dealt with by offering it to God, whose wheel of justice may grind slowly but is guaranteed to grind exceedingly fine.

Global News further learnt that the Awolowos felt so bitter that because of political gains and position, someone like Tinubu could go to the extent of mocking the family even with the death of the first son of the family Segun who died in tragic motor accident years back.

The matriarch, according to those who are very close to the family, has placed a curse on Tinubu that no matter how much money in his possession, he would never be comfortable and happy all his life and would not happy at his old age, just as he is making her to be unhappy at her old age.

Also Oluwole Awolowo, the son of HID, doesn’t spare a word against those who are rubbishing his family and mother. In his own response he stated that: “Eni to maa dagba kii gba opa lowo arugbo,” meaning: anyone who wishes to live to his full age will avoid disparaging the elderly ones. I hope you understand this as an African man.

Meanwhile, controversial man of God, Pastor Tunde Bakare of Latter Rain Assembly, recently in one of his Sunday sermons said that a bastard will never be Yoruba leader. Though he didn’t mention Tinubu’s name specifically, everybody including the deaf and dumb got the message about the person he is referring to.

Bakare in his sermon said, “Look at the madness going on in Yoruba land. Imbecile, nincompoop, people without family background causing problem because of money, ill-gotten wealth. If a town or settlement is at peace, the bastard there is yet to grow up.

“If you are a bastard, there is nothing you can do to cover up with money. Where is your father’s compound? A bastard pretending to be a patriot. We are proud of our heritage because we have goodly heritage. There are those who call themselves nobles who are under the influence of Jezebel. Until they drink kainkain (local gin), they cannot function. They pretend to be larger than life,” he added.

He likened the person angling to take over the leadership of the Yoruba to the Biblical Abimelech who forcefully took over a kingdom that did not belong to him and was eventually destroyed. He also declared that: “If you are trusting the son of a concubine to deliver you, you are in trouble.”

Meanwhile, Tinubu has denied knowing anything about the satanic article. In a statement by the former Lagos governor, he said he found such linkage strange, since every newspaper has its own editorial policy, independent of any person’s relationship with the paper. “Anybody with knowledge of how newspapers work knows every newspaper has its editorial policy, most times independent of even the publisher.

“So, how can I possibly be behind the opinion of a columnist, simply because he writes for a newspaper which I am associated with?” the former governor explained.

He said even Papa Awolowo, publisher of the Tribune while alive, always told people that he read articles in the Tribune, like other readers, since the paper had its editorial policy.

“The sage, Chief Awolowo himself used to say that he read articles in the Tribune like any other reader, despite that he was the publisher. The same principle applies here,” he explained.

Tinubu said though Tribune had been demonising his person, it would be wrong of him to assume that Mama Awolowo, as publisher of the Tribune, was behind the attack. He said the same principle held in the Omatseye piece because the columnist was known to hold strong views which he expresses every Monday.

He said: “It is common knowledge that Tribune, almost every day, demonises my person. But should I because of that, claim that Mama, as Chairman of the newspaper, was behind the demonization? Of course, I feel disheartened by it all; but I have never felt Mama was responsible for stories Tribune published”.

Tinubu reiterated his respect and affection for Mama Awolowo and her offspring, adding that that was not about to change.

“I have absolutely no need to cause Mama any heartache in her old age. All I want for her is to be happy. I assure her of my love and reverence; and affection for her family.”

Mr. Omatseye had, Monday June 6, 2011 written a piece in his column entitled: ‘Awo Family without Awo,’ where he lamented the absence of members of the Awolowo family at the inauguration ceremonies of newly-elected governors of Ogun and Oyo states.