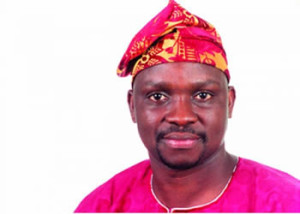 And the two appeared to be working at cross road of party interest to actualise personal assertions.

Buruji, operating under the official title coordinator of the South West Mobilisation Committee of the PDP had reportedly avail Fayose N1b campaign fund while the latter was prosecuting his ambition as an aspirant.

But the donor now wants repayment to begin with the first batch of an alleged N2b earmarked for the prosecution of the election by the party.

Insiders revealed the N1b fund provided was a personal agreement between Mr Fayose and Mr Buruji.

Sources disclosed refusal of the candidate to honour any form of repayment in the course of campaign is the cause of the simmering but quiet quarrel between the duo.

Mr Kashaji is said to be have exposed details of the hidden deal- a discredit to the person of Fayose who claimed to be cash strapped to quicken release of party fund- as part of efforts to recoup his fund.

Insiders claim Buruji is operating on conviction that with all he is privy to, Mr Fayose has more than enough fund to prosecute the election and repay the N1b that helped seal his candidature- in the face of campaign.

And he is said to be using his position and clout within the party to stifle release of further funds as part of efforts to pressurise the candidate to agree to his terms.

Further digs however revealed, the former governor turned new candidate has blatantly refused to honour any form of fund repayment propositions until after elections.

He is said to insist he needs all funds he can lay his hands on to unseat a sitting governor with seemingly limitless coffer.

Sources disclosed the opposing paths being thread by the members of the same party is gradually turning them enemies of each other, with whispers of conflicts of interest gradually transforming into actions amongst loyalists.