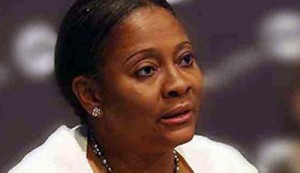 Recently at the House of Representatives public hearing on the collapse of the stock market, the duo unabashedly washed their dirty linens in public. Aruma Oteh fired the first salvo when she stated that the former council led by Okereke-Onyuike embarked on a wasteful expenditure.

In her words: “For instance, the NSE bought a yacht for N37 million and wrote down the book value within one year by recognizing it in the books as a gift presented during its 2008 Long Service Award (LSA), yet there are no records of the beneficiary.

But Okereke-Onyuike said she is no longer in possession of documents needed to exonerate herself from the scandal.

She said that she couldn’t present any document to the committee in respect of the allegation made by the SEC director-general, Ms Aruma Oteh on May 7, adding that this was because her office was raided and vital documents carted away by security men on the instruction of Oteh.

The former NSE boss rather said, “There may be some documents you may ask from me which I don’t have, but if you ask the chief executive of the NSE, Mr Oscar Onyema, can bring them to you.”

Ndi Okereke-Onyiuke said further that Aruma Oteh was not adequately qualified to head the commission.

She stated that “by the rules, the DG of SEC must have 16 years cognate experience and must be a member of the Stock Exchange so that you will be able to know what you are doing.

Okereke-Onyuike also said if the SEC DG boasts of graduating with a first class in UNN and top of her class in Harvard, she is a professor and a teacher in both institutions.

“I am a proper professor. It is not an award. You are bragging that you studied in Harvard. You went there to learn, I teach there. If you had first class at UNN, I teach there also,” she said.

In her reaction, Oteh said she never claimed what she is not unlike someone whose authenticity of her doctorate degree is in serious contention referring to Okereke-Onyuike who is alleged not to officially hold the title. 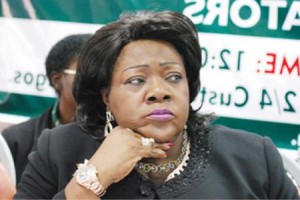 It would be recalled that City University of New York recently claimed that Okereke-Onyuike never obtained a doctorate degree from the institution, either in business or any other discipline.

In a letter dated January 18, 2011, and written in response to routine   initiated by the US Securities and Exchange Commission in further  of its regular due diligence on notable Stock Exchanges around the world, Vincent J. De Lucas, director of student services, senior registrar at the university’s graduate school and custodian of students records at the Graduate Centre, averred under oath of perjury that:

1 thought on “Aruma Oteh, Ndi Okereke-Onyuike In War Of Words -You Are Not Qualified to Head SEC –Okereke -I don’t Possess Fake Ph.D -Oteh”