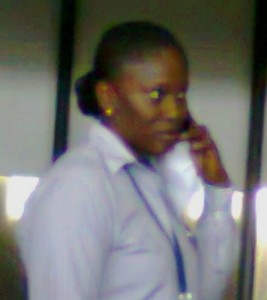 It is no news that Arik Airline has been facing financial difficulties of late and that the company has been operating on loans, but the fact that it now turns its financial crisis into a situation where money is extorted from its customers. This is exactly what the airline management did going by its action of 30th August.

Passengers who flew the airline’s London route on that day were surprised when they got to the airline stand at the Muritala Muhamed International Airport, only to be informed that their flight that was supposed to convey them could not carry them, not because the aircraft was faulty or that they were there not functioning well, but because in its quest to make money the airline overbooked with over 100 passengers more than the aircraft could contain.

It is a common knowledge that every travelling passenger is entitled to two luggage of sizes not more than 23kg each, apart from hand luggage, but on this day, the airline was said to be demanding for payments from the passengers to carry their loads.

According to the Arik Airline station manager, Victoria Chukwune, passengers Interested in going with the airline needed to pay about N100,000. Out of this, she said N47,700 was for No Show and Date Change, while N51, 357 was for Fare Difference.

It even became more obvious that the airline was overbooked when despite having refused to pick more than 100 passengers the seats in the flight were full by the time of take-off. Passengers who were surprised on the turn of events could not believe that they were actually being fleeced in such manner by the airline. While some were too shocked to talk, others showed their grievance towards the station manager who looked lost and short of ideas on what to say to pacify the people and so she decided to busy herself with her phone.