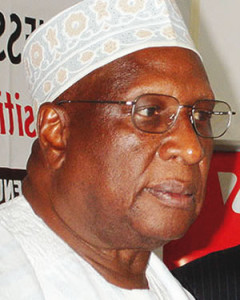 Voters and political stakeholders in Anambra State may be disenchanted with the People’s Democratic Party (PDP) in the state following the confusion that has trailed the nomination of its gubernatorial candidate for the November 16 election.  Prominent politicians in the PDP may be equally at loss and frustrated over the crises ravaging and tearing the party apart.

With the benefit of hindsight, the ambitions of desperate PDP political office seekers are the major factors for the unaccountable crises endemic in the party.  At the different political structures of PDP; from the pinnacle of the National Working Committee (NWC), National Executive Committee (NEC), Board of Trustees (BOT) to the grass root levels, the PDP is infused with crises.  Discordant thorns have torn to shreds the big umbrella, giving birth to the much celebrated debut of a new branch of the party, adorning the name of the New PDP.

In Anambra State, with the November 16, 2013, Governorship Election around the corner, the PDP is engulfed in deep turmoil over the contentious issue of the legitimate flagbearer.  Andy Ubah and Tony Nwoye are laying claims to the ticket.  The two claimants are the products of parallel primaries conducted by the two major factions of the party entangled in leadership struggles for the ultimate control of the Anambra State PDP structures.

The electorates in Anambra State are very apprehensive of the PDP.  The wide-spread apprehension is primarily based on the prospects and possibility of the fragile security of the State further deteriorating because of the desperation and spirit of intolerance prevailing in the party. The justification for this mood of fear and apprehension is not far-fetched. The vital camps in Anambra State served a timely warning recently in Abuja, by demonstrating to the delegates and international community what is in stock for the good people of Anambra State.

The rival factions-Ubah and Nwoye-converted the special convention arena into a battle field, apparently as a legitimate means of convincing the apex leadership of the PDP of the invincibility and superiority of their two warring battalions. The war of attrition going on in the PDP right from the national leadership to the one taking place in Anambra State specifically portend grievous security concerns for the safety of lives and property.

Under normal circumstances, the national leadership is expected to assume the role and responsibility of the arbiter by wading into such misconduct by imposing necessary sanctions. But regrettably the anarchy reigning supreme presently at the apex leadership of the PDP between the Tukur and Baraje factions, means the apex leadership of the party is incapacitated, and cannot discharge this important function; thus; the free reign by desperate PDP politicians to use any means available to assert their claims or realize their interests.

This unfortunate scenario and dilemma are important challenges confronting the Anambra State electorate, especially as the rival PDP factions are preparing seriously for the final onslaught.  The safety and security of the people of Anambra State are considered very paramount by the electorate.  The propensity and predisposition of the PDP politicians and thugs to use violence as a legitimate means of settling disputes as exhibited by the infamous Chris Uba example in the past, constitute a major concern for the electorate.

The wish and prayer of the already apprehensive and frightened electorate in Anambra State is for the appropriate authorities, and specifically the judiciary and INEC, to intervene by disqualifying and banning, PDP from participating or contesting the governorship election to avert wholesale explosion of violence in the state.

Given the amount of financial and non-financial resources at the disposal of Andy Uba and Tony Nwoye respectively, as well the relatively easy means of accessing weapons for prosecuting disputed governorship ticket battles, the Anambra people must deem it wise and safer to stop the PDP before it is too late. Of course, they can stop the PDP by approaching a court and asking it to deny the party the opportunity of presenting two candidates in the election, since the constitution and the Electoral Act did not make any provision for two persons to represent a single party in an election.