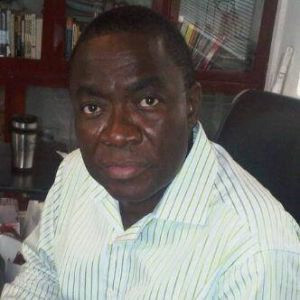 Unknown to many, the late advertising guru and managing director/chief executive officer of Eminent Communications, Olusesan Ogunro may have had the premonition that he was going to die. Reasons for this were his actions on the day he was shot dead by armed robbers as he was reported to be doing what he would not normally do.

Sources close to the advertising head honcho opined that Ogunro’s moves were suspicious on that day and that he may have been having the sign that Sunday, 22nd of December, 2013 would be his last on earth. Here are some of his strange moves on the fateful day:

Those who knew Sesan very well could attest to the fact that he was a very devoted Christian who attended the International Church of Christ located in Alausa, Ikeja. He would not joke with his punctuality in church services. During any of the weekly services in church, the hardworking and very busy Sesan would always ensure that he attended the programme early before anyone else. But, on that particular day, Ogunro came late to church and this was to the astonishment of other church members who spotted the change in attitude of the upwardly mobile advertiser. Not only that he came late, Sesan unusually greeted everyone in sight at the service and threw banters at friends and other members of the church.

Another amazing thing about him that day was his decision to stay alone with his family on the 1st floor of the church whereas other members of the church were on the ground floor and the premises felicitating, dining and wining. Sesan Ogunro isolated himself with his family upstairs. Moreover, those who knew Sesan really well would affirm that he has always been a happy–go-lucky man who never allowed anything to put him in bad mood. He always put on smiling faces, But on this particular day, Sesan was so angry, no thanks to the pick-pocket he caught in church. The thief was trying to siphon an unsuspecting victim’s pocket before Sesan, a highly security-conscious man spotted him and caught him red-handed before handing him over to the appropriate authority. All these happened on the fateful day the Eminent boss was shot dead.

The last act that really depicted Sesan’s funny moves was his decision to park his Mercedes Benz 4matic Car outside the premises of the church, an act that was not synonymous with him. He was known to always park his car in the premises of the church and never on the roadside. This, actually was the spot he was sighted by the hoodlums who snuffed life out of him. Anyway, no matter who planned the sudden execution of this easy-going man of the advertising world, the fact is that God would surely fish them out.