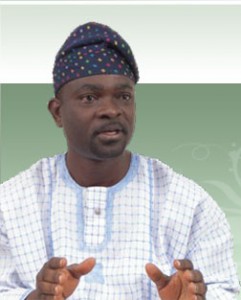 Though there have been issues of misunderstanding between the two as normal in every marriage, things finally got out of hand owing to an alleged infidelity on the part of the woman which eventually led to the break-up.

Sources alleged that Rotimi had, prior to the separation, heard gossips of his wife’s adulterous moves but decided not to act on the information until he could confirm the rumour on account of his personal investigation. We were told in the course of his investigation, he finally confirmed the speculation when he caught the woman red handed with another man.

It was said that concerted efforts made by some concerned family members turned on deaf ears as the lawmaker was bent on the dissolution of their marriage.

The estranged couple now lives separately. As expected, Rotimi based on his political assignment, now frequently shuttles between Lagos and Ife in Osun State while the wife lives also in Lagos.

Meanwhile, a very close source to the actor divulged that a wedding invitation could be out soon as the lawmaker has picked a replacement for his estranged wife. Though details of the new chick is still very sketchy, HP gathered that the sultry lady is based in Lagos and most times travels with him to Osun to keep him company.