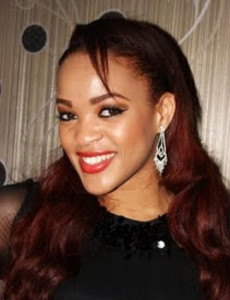 < [showads ad=GLO] /a>One wicked rumour gradually hitting town is about the seeming crack that is about to occur in a football dynasty. The gist, according to a tatafo, is that the beautiful wife of Super Eagles’ captain at the recently concluded World Cup in Brazil, Joseph Yobo, is allegedly no more in support of the relationship between her mother and former Wimbledon FC of England star, John Fashanu.

The rumour being peddled round by the ever idle amebos is that when John Fashanu was given a juicy contract by a bank to discover younger stars for the country through a football talent hunt, [showads ad=GLO]Adaeze thought she could use her connection with Fashanu being her step-dad to persuade him to bring in some young boys from the academy of her husband, Joseph Yobo. The amebos also alleged that plans were already on the way to do this by Fash, but the ever smiling footballer told his stepdaughter point blank that he did not have all the powers to do such as the bank’s board was also involved in the deal. This, according to the tatafos might have infuriated Adaeze who wished that her mum could just separate from Fash. Nevertheless, if this gist is true, we want to tell Adaeze to also know that the talent hunt really did not make any impact and the deal was later handled to another soccer star, Austin Okocha. [showads ad=GLO]