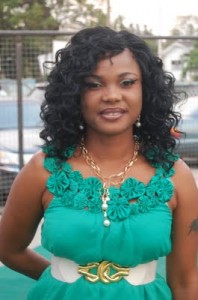 The last has definitely not been heard about the brouhaha occasioned by a Blackberry Group set up by Nollywood thespian, Iyabo Ojo called Pink Lady. The controversial group, which according to Iyabo, is made up of influential but responsible and well-to-do women from the society has continued to elicit mixed reactions from the general public. While some people are of the opinion that there is nothing wrong in Iyabo bringing together some ladies in a bid to achieve a common or set goals, others will have none of that, they claim that the group is scandalous as it is made up of lesbians.

The height of it all is the planned anniversary party of the Pink Lady group scheduled to hold in Lagos come Sunday, 7th April, 2013. Some people have already gone to town with the news that it is not just a party after all, but an open lesbian party which is being camouflaged as an anniversary. The people spreading this gospel who are made up of chiefly Iyabo’s fans added that a check on the people on the list of this so-called Pink Ladies group reveals that a good number of them are unmarried ladies who have been linked to gay activities in the past.