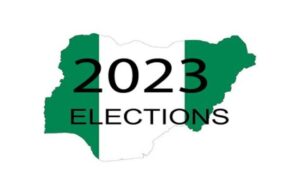 There are 18 candidates listed by the electoral body, Independent National Electoral Commission, to participate in the 2023 presidential election.

“It has come to our attention that the Nigeria Election Debate Group @officialnedg has excluded us from the series of Presidential Debates to herald the 2023 election, as typical they’ve settled for failed and clueless candidates. We will ensure these fraudulent debates are stopped!” Sowore said on Tuesday.

This comes barely 48 hours after the presidential debate organised by Arise Television and a group, Centre for Democracy and Development on Sunday, in which Sowore and many other presidential candidates were excluded.

Meeting with a misnomer called Centre for Democracy and Development (CDD) fake Debate for @PeterObi, @atiku @officialABAT and @KwankwasoRM is a rude joke by failed politicians and their bankrupt media lap dogs to rig the 2023 election with a cover-up.

“How can there be a ballot revolution or people decide if all they have to choose are the Liar, Joker, the Dodger, and the Corrupt? This quartet stands for the 4 sides of the status quo that Nigeria needs to get away from if we want our country not to continue to be a crime scene.

“We need Nigerians to hear from every willing presidential candidate, not a few selected by those accomplices who feed on the carcass and leftovers of proceeds of crimes via fake polls of dubious intent and opaque methodologies. Millions of voters are #ADEquate with #HopeAgain2023.”