Lagos has come of age!

Over time, deep thinkers and custodians of Lagos history have found it difficult to really define Lagos and pigeon-hole it in a robotic fashion.This is because Lagos as a city continues to re-invent itself even in the midst of daily challenges it faces from natural and other subsumed forces.However,it is interesting to note that Lagos is not static. It is moving; and it is doing so at the speed of light. And it is quite daunting to call forth those things that make Lagos tick and so irresistible to all and sundry. 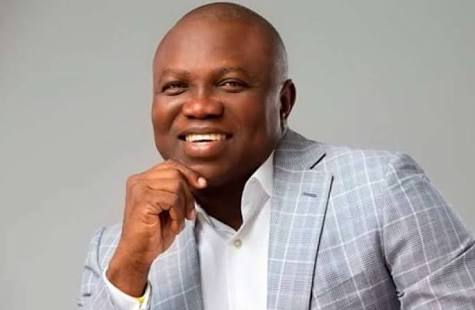 By the time you list all the things you think are those things that move Lagos,the more other things beckons at your sense of reasoning as to why they are being left outside of the list.I make bold to say that the “Lagosness” of Lagos derives from the very fact that it is Lagos.As uninteresting as it may sound,Lagos owes its greatness to the fact that it’s Lagos.Simple.

There’s another Lagos in Brazil.One that’s been overshadowed by the real Lagos in Nigeria,West Africa south of Sahara.One that now occupies an enviable position in the comity of cities not only as one of the fastest growing cities in the world but also the one of the fastest growing tech hubs in the world.Even Mark Zuckerberg attests to this.There can’t be any other Lagos in some sense as our Lagos is now close to the apogee of its own success.

Lagos is where people of all ages, creed, race, language, gender and status find succour and fulfillment in a way unique way.This is what Lagos can offer.The conviviality and camaraderie of various ethnic nationalities herein can never be found any where else in this part of the world.The way people of diverse ethnic and religious backgrounds mingle together is so fascinating and further lends credence to the truism embedded in the truism “Lagos is for all”.

Lagos is a city that thrives on its own very unique nature.Its oddities and peculiarities have carved a niche for it amongst its peers all over the world.From its size and eccentricity, Lagos is such a rich mix of people of different social strata where everyone is at home with themselves.The old Lagos has evolved to a new cosmopolitan Lagos with all the trappings of a megalopolis of any of its kind like New York,London,Rio de Janeiro or Beijing,in terms of social inclusion and mix and not necessarily in terms of infrastructure.

Eko as it’s fondly by Lagosians is indeed a wonder to behold in every sense because it flows seamlessly into the hearts of its people; creating a bond that can never be broken. It only takes one to live in Lagos for about five years and you’re hooked to its vibrancy,diversity and sheer glamour. Lagos as a State is one place that has warmed its way even into the heart of the Blacks’ most populous nation and Nigeria herself sees the former as its pride; and rightly so if one considers the fact that Lagos will always be the commercial nerve-centre of Africa’s largest economy.

Africa’s fifth largest economy is strategically placed in Nigeria that even Nigeria as a country continues to benefit from the economic vibrancy of a megalopolis that gives a springboard for serious-minded people to succeed in whatever area of human endeavour they choose. It is also on record that over 65 of every 100 naira in Nigeria circulates in Lagos alone. And if this is why any hardworking Lagosian can succeed and be the very best by simply plugging to the buoyancy of Lagos.

So, from a very humble beginning in 1967, Lagos has witnessed so many phases as she grows.From its days as the nation’s capital which gave her a very strong and enviable political relevance by being the nation’s administrative capital, through to the year 1977 when Nigeria hosted the International Festival of Arts and Culture (Festac ’77) where Lagos once again rose to International prominence.Lagos adequately leveraged on FESTAC ’77 and cemented its status as a rising star amongst its peers the world over.

And through the 80s to the 90s,Lagos witnessed a rapid development through many visionary leaders that occupied the Oval Office.These people took Lagos took Lagos through its rebirth which was occasioned by the movement of Nigeria’s capital to Abuja. And a new but challenging era of governance was born as Lagos was made to fend for herself.

The re-invention of Lagos did not come by accident in the 90s to the beginning of the millennium but through the visionary leadership and foresight of ,yet again,the people who were at the top echelon of leadership in the State for those long years.Their leadership gave birth to many major developmental plans that finally opened up Lagos.

Her journey from the beginning of this millennium till now has been that of one huge success. The new Lagos is more eclectic and more diverse than what it used to be.We now see a Mega City that has been recognized by the United Nations as a major city in our world. A very resilient City that’s open to all.A very dynamic City that’s for all.A city that never sleeps,one that continues to reinvent herself against all the odds.An attestation to this fact did come with loads of accolades from world figures like Gates,Zuckerberg,Clinton and Lagarde all of whom have made series of fact-finding missions to Lagos in recent times. The story wont be complete without the mention of a woman who gave her lfe saving the state and the people of Nigeria from the outbreak of EBOLA. IN 2014, Ebola had spread from a dying Liberian-American, Patrick Sawyer, to 19 other people in Lagos, a city of 21 million people. Dr Stella Ameyo Adadevoh raised the red flag when treating the patient and she vigorously fought the EVD ( Ebola virus Disease ), Adadevoh set up precautions to disinfect the hospital, quickly educate staff, and ran part of the hospital as an isolation unit. and ended up loosing her life but not until LAGOS STATE and Nigeria was declared free of EVD. She will forever remain in the book of history of Lagos state and the transformation to a stable state and a mega city. It was a trying period period for Lagos state and Nigeria as a whole, but with a selfless woman like Dr Adadevoh, who fought and contacted the disease herself but ensure the EVD never saw the light of the day.