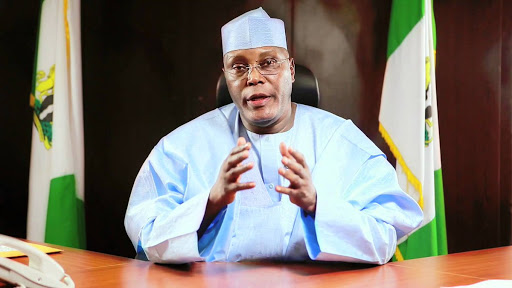 As the internal crisis rocking the ruling All Progressives Congress (APC) continues to generate concerns, the last straw that may break the camel’s back is a plan by some chieftains of the party to ensure that President Muhammadu Buhari loses his second term bid.
Impeccable party sources squealed to Global News that aside a strong plan to float a new parallel coalition party that will give the APC good fight in 2019, another strategy is to remove Buahri via the party primaries, despite a recent claim by John Oyegun, APC Chairman that Buhari will remain the party’s flagbearer at the next presidential election.
“You see, we won’t allow him (Buhari) regain the party ticket unopposed, and it is at the primaries that we would strike. If this would not work, then people should expect another coalition party that will take over,” an APC chieftain who craved anonymity told this magazine.
Meanwhile, there are indications that two chieftains of the APC, Atiku Abubakar and Bola Tinubu are already perfecting plans to float a new political party. Presently, they are said to be winning souls from the ruling party, Peoples Democratic Party (PDP) as well as other strong parties in all parts of the country.
Atiku, who has always nurtured the ambition of becoming Nigeria’s president, may see this new move as a golden chance to actualise his dreams. The former Vice President would stop at nothing to replace Buhari at the Aso Villa in 2019.
Meanwhile, the Tinubu versus Buahri feud had been in existence for a long time, even before the establishment of APC. Sources close to the two chieftains said they never really liked themselves. They were simply two enemies brought together by political aspirations and power quest.
Buhari is weary of Tinubu, and he is doing everything within his power to prevent him from taking total control of the party structure at the national level. Another smart move he (Buhari) made to berate Tinubu was to deny the Lagos politician the title of National Leader of the APC. The president, among other things, is also aware of how Tinubu dashed the hope of Nuhu Ribadu of becoming Nigeria’s president under the platform of the then Action Congress of Nigeria (ACN) to secretly work for the PDP to ensure Jonathan’s first full term in office.
The president is also aware of the many allegations against Tinubu in many states in the southwest, where he is usually accused of imposing his preferred candidates on the people instead of going through the primaries where credible delegates would vote for the party’s flagbearer.