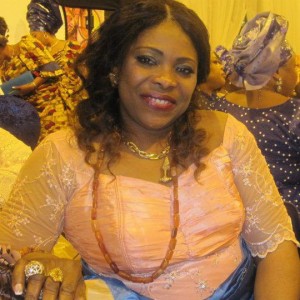 For some people, the messy story of how Nigerian musician who is also Umunamo Records CEO, 2Shotz (real name William Orioha) and his long-time girlfriend who later became his wife Precious Jones, put an abrupt end to their marriage of two years in 2015 may have gone to rest, but for some, it is just the beginning of the saga as 2 Shotz according to people who know him very well is said to have made up his mind to fight back and pursue the issue of paternity of their lovely daughter, Ariella which is the product of their marriage though his wife has already had a child before meeting 2 Shotz.
You will recall that there were accusations and counter accusations of infidelity, abuse, sex tape rrecording, blackmail and domestic violence amongst other vices between the couple with their daughter being a victim once when a slap coming from 2 Shotz meant for his wife sadly landed on the face of their pretty less than a year old daughter. While 2 Shotz has continued to face his musical career which has unfortunately been dwindling in recent years, his wife has simply moved back to her base in the republic of Ireland.
Well, in this gist you are about to read, it is evident that controversy is synonymous with the family of 2 Shotz in law as investigation by this magazine has revealed. An instance is that of his pretty mother-in-law, Amaka Echefu who resides in Ireland. Amaka is without doubt one of the most controversial Nigerian celebrities in the whole of the Republic Of Ireland. Amaka is a family name within the Nigerian community there and a regular face in different social events rocking parties in all the nook and cranny of the country.
A lover of alcohol, there is an household gist in Ireland of Amaka getting drunk on regular basis when she attends parties. Special reference was made of a particular instance when she got drunk and couldnt drive home from this said event, so she was eventually taken home by the Irish police. It took the Irish police serious effort before they could escort Amaka home. On this fateful day, Amaka was said to have in the state of drunkenness squated and urinated in the presence of the police!
This woman is also alledged to be in romantic relationship with different men in Ireland some of who are said to know one another thereby making jest of Amaka who is still under the roof of another man as her husband but still frolicks with other men.
A source gisted us that Amaka confided in some close friends of hers that she decided to “enjoy” herself with other men because her husband is already “handicapped” and can not “perform his duties” anymore.
A lover of fashion, Amaka competes with his children age mates in dressing. She is a lover of revealing and skimpy dresses that makes heads turn whenever she storms any event. Needless to state here that she has some friends also based in Ireland that they move together and engage in same stock in trade with myriads of controversial tales trailing them.
More on her and her friends after this time out.