The Nigeria Labour Congress (NLC) has distanced itself from the Federal Government’s Advisory Committee saying it has no relevance to the new National Minimum Wage agreement. 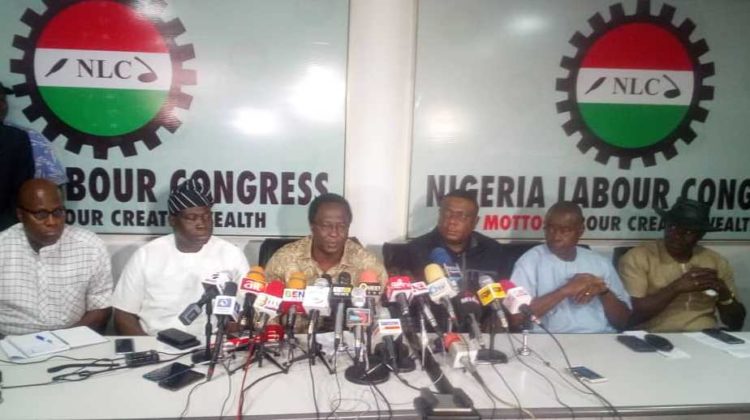 Mr Ayuba Wabba, NLC President, who spoke in an interview with the News Agency of Nigerian (NAN) on Thursday in Abuja, said the committee has no bearing with the agreement reached on the minimum wage.

NAN recalled that President Muhamamdu Buhari had on Wednesday inaugurated a Technical Advisory Committee on the implementation of the new National Minimum Wage and reiterated his commitment to its payment.

He said the committee would recommend “modalities for the implementation of the new minimum wage in such a manner as to minimise its inflationary impact, as well as ensure that its introduction does not lead to job losses’’.

“The work of this technical committee will be the basis of a Finance Bill which will be submitted to the National Assembly, alongside the Minimum Wage Bill,’’ he added.

According to Wabba, the Advisory Committee on minimum wage has no bearing with the agreement reached on the minimum wage.

“The Minister of Labour and Employment, Sen. Chris Ngige had told us that the committee is an internal process of the Federal Government.

”I think it is their own way of facilitating and mobilising their own resources for the implementation and also making sure that nothing is left undone and we do not have any problem with that.

“So, it is normal, I think, because initially we were thinking it is a committee that will renegotiate the new national minimum wage, but they said no, it is an internal process of government.

“So, it is not our problem, but essentially their own and it does not in any way affect our interest, government has the right to set up any committee and we are not even members of that committee, “he said.

He, however, said that he was informed that the committee was strictly on their own to guide government on how to implement the minimum wage, adding, “so clearly if it is how to implement, we do not have problem with that.

Wabba also said that the advisory committee would not in any way affect the timeline of Jan. 23 agreement reached between organised labour and the Federal Government on the transmission of Minimum Wage Bill to the National Assembly.