Suspected Nigerian fraudsters, Ramon Igbalode Abbas a.k.a Hushpuppi and Olalekan Jacon Ponle a.k.a Mr Woodberry have been extradited to the United States.

This was confirmed in a post shared on the official page of the Dubai Police. FBI’s Director, Christopher Wray thanked the Dubai Police for their cooperation in extraditing the Nigerian suspects who were accused of committing multiple money-laundering and cyber crimes. 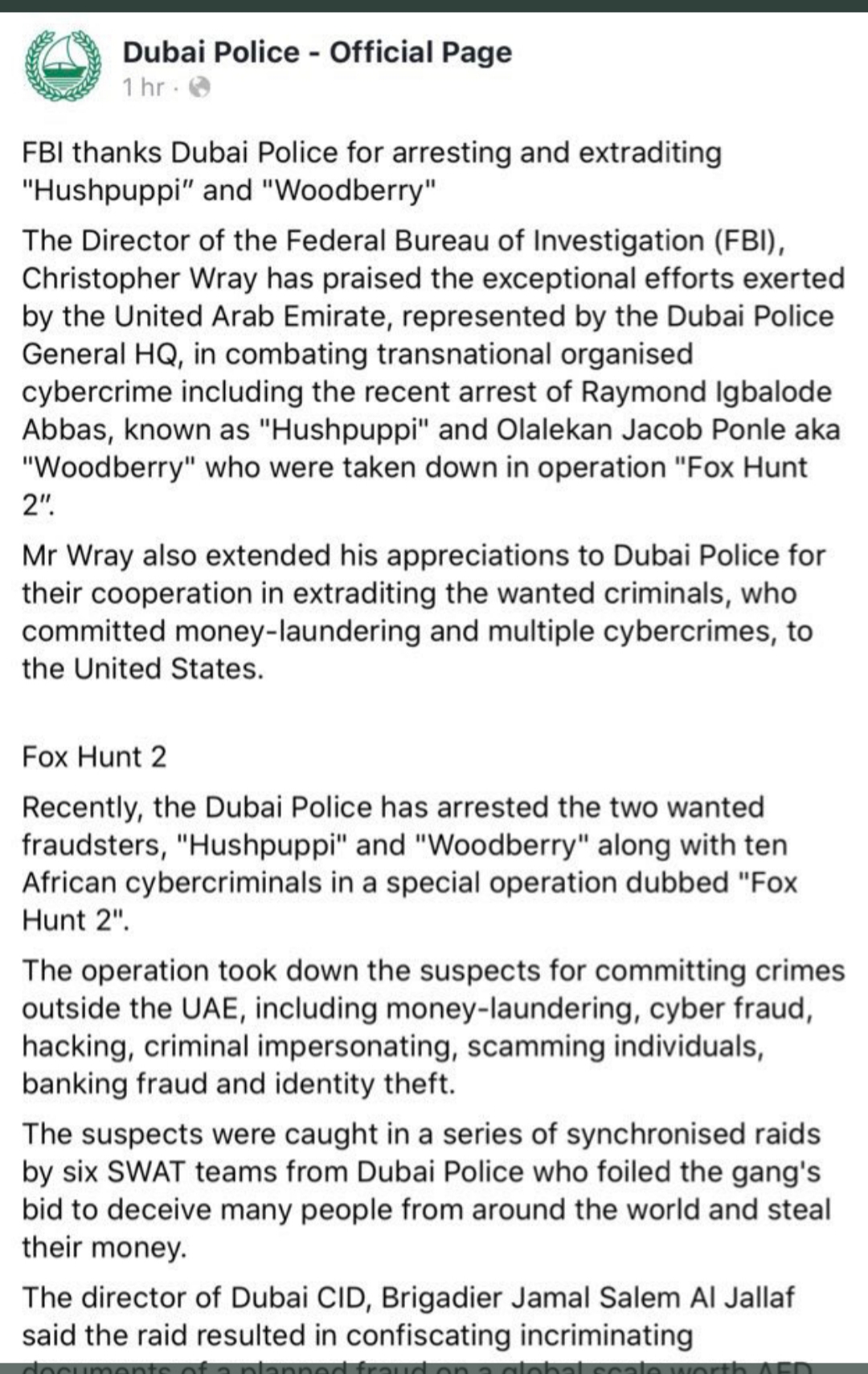 The Director of the Federatal Bureau of Investigation (FBI), Christopher Wray has praised the exceptional efforts exerted by the United Arab Emirate, represented bu the Dubai Police General HQ, in combating transnational organised cybercrime including the recent arrest of Raymod Igbalode Abbas, known as “Hushpuppi” and Olalekan Jacon Ponle aka “Woodberry” who were taken down in operation “Fox Hunt 2”. 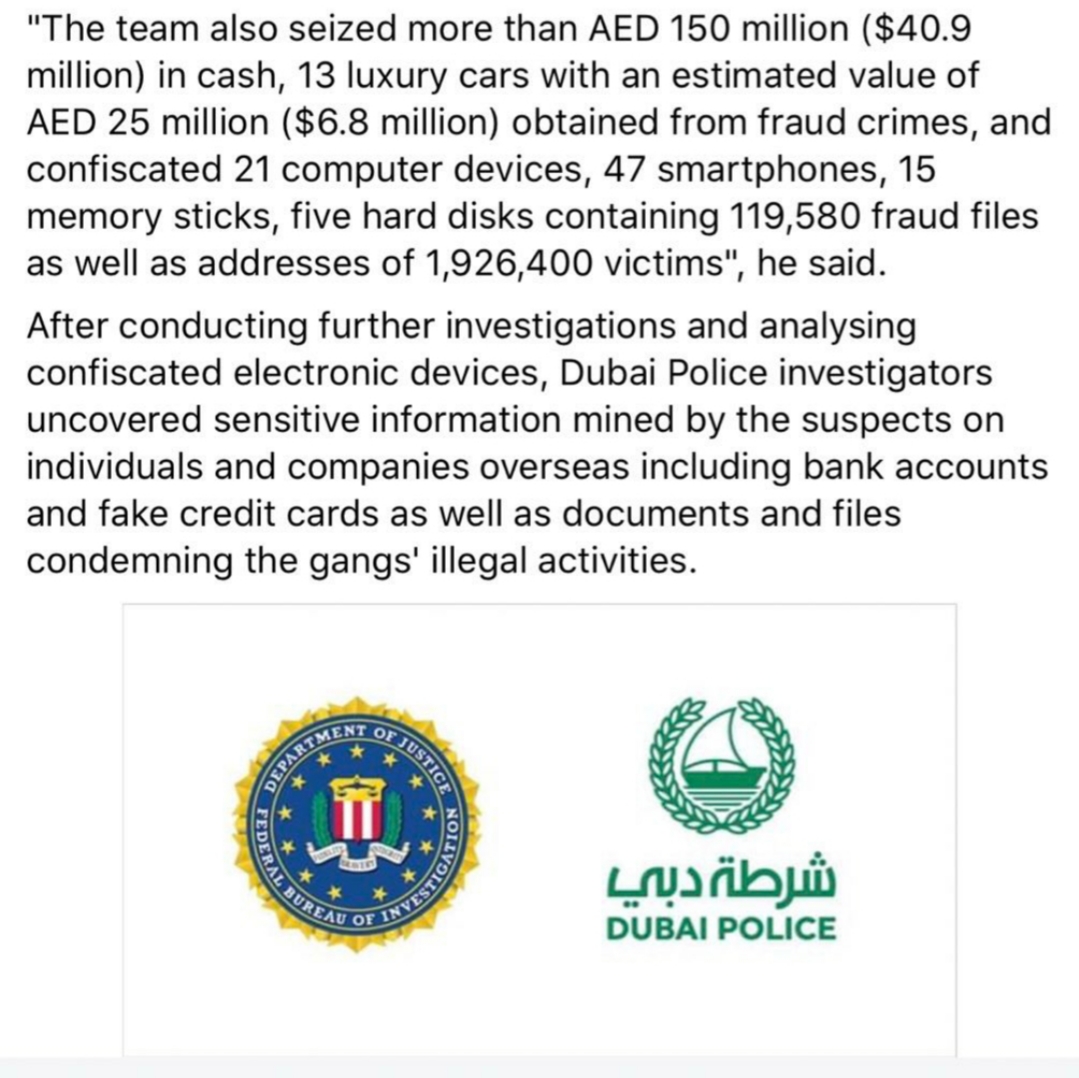 Mr Wray also extended his appreciations to Dubai Police for their cooperation in extraditing the wanted criminals, who committed money-laundering and multiple-cybercrimes, to the United States.