How NEXT Boss Dele Olojede Wasted $20m On Women And Golf 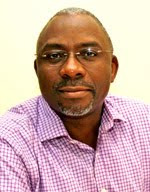 Surely this is not the best of times for the Pulitzer Prize winner and Publisher of NEXT newspaper, Dele Olojede who finally closed down the print version of the newspaper over his state of finances which is now in the zero region.

We gathered that before Olojede started the business he took a loan of $10m (then around N1.3b) from First Bank. He allegedly sourced loans from other well meaning Nigerians, including former EFCC boss Mallam Nuhu Ribadu, Fola Adeola, Hakeem Bello-Osagie and Tunde Folawiyo. This, we learnt, ran into another $10m.

The question on the lips of many is, how did Olojede spend the huge of amount of money within the spate of two years without success. Those who know claim that when Olojede collected the money he went on a spending spree, buying expensive automobiles, going on vacation, living large and playing golf all over, on a loan meant to be used for the growth of the business.

Global News further learnt one of his past times is to frolic with women of easy virtue who he pays in dollars to enjoy their services.

One of his women is one Kadaria Ahmed popularly known as Kadara Dele, who he made the editor, and also spent part of the money on, neglecting those who are more competent to do the job.

Dele Olojede, we learnt, was embarrassed by Access Bank sometime ago when he went toParison one of his numerous foreign trips. As usual, he wanted to use his credit card to purchase some goods but unknown to him, the card had been suspended by the bank, to stop him from further plundering the card. This caused him so much embarrassment because he was delayed for several hours.

Before NEXT finally shut down, some of the company staff had quit when the establishment could not pay their salaries for many months. Six of them have taken the management of Timbuktu Media, and the publisher, Mr. Dele Olojede, to court for non-payment of salaries and allowances, wrongful termination of appointment and non-remittance of deducted pension benefits.

They are asking the court to order the management of NEXT newspapers to pay an aggregate sum of N4,592,450.03 k owed them in outstanding entitlements. They are also asking for a sum of N5 million each general damages for “wrongful, unlawful, illegal and unconstitutional termination of their employment”.

When the case was first mentioned in court on May 25, lawyers for Timbuktu Media and Mr. Olojede pleaded for more time to file their defence.

The former staff claimed that they were owed over four months salary but they continued to work diligently until their appointments were terminated without proper notice and blamed the financial difficulty of the media house on the “reckless spending of its top managerial staff”.

They particularly blamed Mr. Dele Olojede, whom they accused of riding “state-of-the-art cars” and living in the “highbrow district of Lagos”.

The management of NEXT was also accused of failing to remit the 7.5% deduction it was making from each staff’s salary to the ARM Pension Fund.

According to the claim, the management of the newspaper also failed to remit taxes deducted from salaries to the Lagos State Board of Internal Revenue.