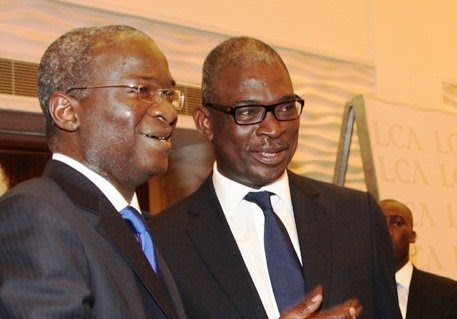 The federal government says Olasupo Shasore, the former attorney general of Lagos state, colluded with Process and Industrial Developments (P&ID) to avert justice in the controversial gas supply purchasing agreement (GSPA) contract. P&ID reportedly entered a gas supply and processing agreement with Nigeria in 2010. Claiming Nigeria breached the terms of the contract, it took a legal recourse and secured an arbitral award against the country, which has accumulated to $9.6 billion. Nigeria has however challenged the arbitral award and is currently making a case before a UK court. An arbitration document seen by TheCable revealed that Nigeria argued before the Business and Property Courts of England and Wales commercial court that Shasore made payment of $200,000 to senior lawyers at the ministry of petroleum resources and the Nigerian National Petroleum Corporation (NNPC) to buy their silence. The federal government argued that Shasore made the payment so the lawyers do not speak up on his conduct to work against Nigeria’s interest. “It has also come to light during the course of the EFCC’s investigations that: Mr Shasore was paid US$2 million for his involvement in the first and second stages of the arbitration,” the document read. “The average salary of a government lawyer in Nigeria is just US$5,000.” The government, represented by Mark Howard, Philip Riches and Tom Pascoe, said “Shasore concealed his involvement in the case from his own firm, Ajumogobia & Okeke”. “He conducted the proceedings covertly through a separate firm, Twenty Marina, which had no background in litigation and was used to provide secretarial services,” they argued. “Mr Shasore made payments of US$100,000 each to Mrs Adelore and Mr Oguine, who were senior lawyers for the MPR and the NNPC at the time: paragraphs 44-45 above. “The most likely explanation is that these payments were intended to purchase the silence of Mrs Adelore and Mr Oguine in relation to Mr Shasore’s conduct of the arbitration. “Based on these payments, Mr Shasore was clearly dishonest and corruptible (and, as set out above, P&ID had a track record of corruption). “Following the election of President Buhari into office, and the transfer of the conduct of the arbitration to the MoJ for the liability phase, Mr Shasore refused to meet with the Attorney General and complained that it was ‘unacceptable and unconscionable to liaise with [the AG’s] office on the matter as he had always liaised with the MPR since commencement of the proceedings’”.

The federal government also argued that Shasore likely entered into a “dishonest arrangement” with P&ID to scuttle the process. “As described below, and in Schedule 2, Mr Shasore’s conduct of the first two stages of the arbitration was truly egregious. “He chose not to seek any disclosure, to accept all material aspects of Mr Quinn’s witness evidence, and did not seek to cross-examine anyone at P&ID on the key issue in the case: whether P&ID could and would have performed the GSPA. “In light of the indicators of fraud listed above, the most likely explanation for this is that Mr Shasore had entered into a dishonest arrangement with P&ID not to challenge its evidence or seek any disclosure, with the inevitable result that FRN lost the case. “Mr Shasore’s failure to challenge Mr Quinn’s evidence. A chronology of Mr Shasore’s egregious conduct in the arbitration, which the Court is invited to read in full, is appended as Schedule 2 to this skeleton argument. On 6 May 2015 the Tribunal ordered by consent that FRN within two days, by 8 May 2015.”

NIGERIA ASKS FOR RELIEF FROM SANCTIONS

Nigeria went on to ask the court for extension of time and relief from sanctions initially placed on the country. “For the reasons above, the Court is therefore invited to grant FRN’s applications for an extension of time and relief from sanctions. “If the Court is minded to do so, the next step would be to give directions for a trial of the substantive fraud allegations. FRN suggests that a short procedural hearing be listed after the Court’s judgment is handed down to deal with these issues.” Nigeria has been making moves to overturn the judgement and has gotten court clearance to request documents from a P&ID stakeholder and review bank statements of ex-President Goodluck Jonathan, Diezani Alison-Madueke and Rilwanu Lukman, former ministers of petroleum. Shasore, a senior advocate of Nigeria (SAN) like Fashola, was one of the only two commissioners personally picked by the governor in his first cabinet in 2007. After playing a key role in the government, especially in legal reforms, Shasore left the cabinet in 2011 in a strategic move by Fashola to get him ready for the job in 2015, sources in the know .