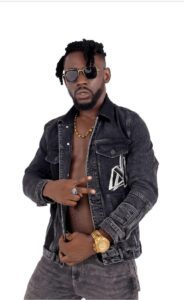 The dance challenge, according to Clamizzy, will reward his fans across social media platforms cash prizes and other gifts.

He said that while the #OsetigoDanceChallenge is “my little way of giving back, it is also a platform to recruit dancers and vixens for my coming videos. I have planned it to be a win-win situation for my fans.”

Osetigo, an upbeat song was recently released from the stable of Clamizzy Entertainment Empire, and is currently streamed across all major digital platforms.

Clamizzy is a singer, multi-instrumentalist, songwriter, music director, model and voiceover artist who has got the charisma, good looks and spontaneity to conquer the international music scene.

Clamizzy is a native of Ebonyi State, but was born and raised in Imo State. Listen here: https://clamizzy.fanlink.to/Osetigo