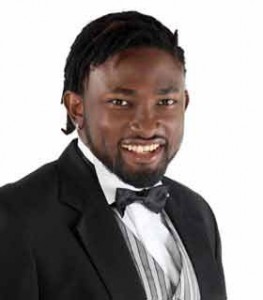 His name is Uti Nwachukwu; some call him Ugo Na Chonmma, others refer to him as Omoge to Rewa or the Hausa title kyakywar yarinya (gorgeous damsel).

The story of Uti will not only set the pace for blockbuster chart but is capable of re-orientating most struggling young lads out there. He is an ex-Big Brother winner and sometime in the past there had been very audible speculations about his sexuality. But that has in no way stopped the viciously ambitious young man from forging ahead. It is a known fact that most housemates and winners of both reality and talent shows become very irrelevant not too long after their rise to spontaneous stardom but for Uti, that is not the case as he has come in full blast into the world of entertainment.

From acting to presenting even to comedy shows, he’s calling the shots but it is in the area of style and fashion that his profile has witnessed the most astronomical rise. Local designers court him faster than Harry Winston does with Hollywood stars. There is no red carpet event that he does not attend looking glamorous and expensively trendy, give it to him, his swagger is unrivalled.

But in recent times, it is Uti’s sexuality that has become a hot topic amongst most Lagos big boys and girls and the sole reason is simply because he has not conducted his affairs with discretion. The reason why this open secret has somehow evaded the front pages of tabloids is due to his impeccable public relations and close ties with those style, fashion and celebrity editors. It is pertinent to note that in addition to being a style icon, Uti has become the most celebrated gay icon from this side of the divide.

Young boys who are either bisexuals or homosexuals look up to him for inspiration with the belief and confidence that if he could then they can surely do. Uti shares his 1004 apartment on the up-market Victoria Island with his alleged live-in-lover Alex Ekubo whose only credential to fame is contesting the former Mr. Nigeria pageant. To justify their living together, Uti would always refer to Alex as his “publicist”; he tells you that Alex manages his social commitments hence they have to live together.

The affair between Uti and Alex is typical of what is obtained in the gay community there’s never total loyalty and 100% submission to the other partner that explains why Uti still has his many other casual flings and Alex does his own by the side.

But contrary to that impression, they have been dating since their path crossed and were they to be living in any western country this relationship would have most likely had some sort of legalization to it, but unfortunately this is Nigeria where we pretend to have zero tolerance for this abnormal love relationship.

Perfectly illustrate how their affair thrives it will be important to simplify the gay strata; in the gay world there are three stanzas: top, bottom, and versatile. The top is the man in the relationship and he penetrates the bottom who acts as the woman in the relationship. The versatile is that lover who can play both roles. Gorgeous Alex who is not only the man in this relationship but well-endowed in the down region has built a reputation amongst his previous lovers and it was a devastation when they lost him to the passionately erotic Uti who has an insatiable quest for fun.

Uti has undying fleets of female admirers but in his closet he would laugh at them because they are all in search of the same thing he’s looking out for. That explains why he has no girlfriend despite his super fit look. This prompted one of the Island big girls who have exhausted all tricks in the book trying to woo Uti to make a move she will live to regret.

She was invited to their 1004 apartment and she went with the delusion of climaxing her best ecstasy only to receive an indescribable shock! After the usual tete-a-tete Uti left her in the sitting room and returned to the bedroom, when it was taking too long she decided to try her luck by heading to the bedroom only to find Alex and Uti in a very uncompromising position. She ran to the sitting room, picked her bag and dashed off, even with apologies that came after, she still feels humiliated as they should have waited for her to leave before getting dirty.

“supermodels”. At the last Arise fashion show held at the Federal Palace Hotel,Uti made sure designers who signed him on also signed on Alex otherwise he wouldn’t work with them, this was to make sure that his darling boyfriend is part and parcel of that prestigious show. It was a rude shock to a lot of those present but they cared less because being on the runway of such a well-publicized fashion show was going to be hugely beneficial to Alex’s rising profile.

They travel in and out of the country together, all sponsored by Uti, but that is not to say that fine boy Alex has not worked for the perks he has put in all his energy and strength in his “official” duties as his “publicist” but is also very difficult for them as they cannot make this affair public. Without an iota of doubt Alex is not only Uti’s commitment as they seem to have an open sort of arrangement.

In Abuja, Uti has become one scandalous high flyer, on numerous occasions his name has been dragged into many boyfriend-snatching scandals prompting one of Abuja leading gay flyers to declare him unwanted in his circle of friends. The way he rolls his eyes and bats his eyelid add that to his high octane preening, Uti prides himself as having the ability to bend a straight guy.

His undoing is his lousiness in dropping the names of important personalities that have greased his oil well and how powerfully connected he has become, unknown to him even his close friends might be wearing encrypted wrist watches capable of audio recording voices his house or hook-up spot. Uti’s case is not isolated, when a popular pop star was ousted he quickly picked a student from one of the remote universities in the eastern part of the country and tied the knot with her (which normal girl will not want an upgrade no matter the conditions attached).

This kind of case is not only peculiar with Nigeria. Ppopular US talk show host and queen of gossip on American TV last month called Kanye West gay on her talk show “Two Sisters Living Together” referring to his well-publicised relationship with reality superstar, Kim Kardashian. In 2009, 50 cent also referred to Kanye West as gay in a live radio broadcast while fielding questions on rap culture.

They are just a confirmation of the sexuality rumours that have surrounded the rap mogul, Hollywood actor Tom Cruise has been a subject of eternal gay rumour leading comedians like Fashion Police host Joan Rivers to openly call him gay on her hugely popular fashion programme. Until his latest series of gay scandal where over half a dozen men have come out to claim that John Travolta sexually abused them in their massage parlour, most bloggers and tabloids in America have consistently maintained that Travolta was gay even though he is married with kids to actress Kelly Preston.

In Nigeria today the number of well-meaning Nigerians who are married yet remain gays is to put it mildly explosive, if only the public knew how they have been fooled, including the Nollywood hunk of South Eastern origin who has wrongly led all to believe that he made his millions dating powerful and rich women in the society, whereas he acquired his financial liquidity greasing the oil well of a former south-south governor or the married record label owner who must taste your chocolate stick before he signs you on his label.

This exponential list could contain your husband, father, brother, fiance or even son hence it will be good not to quickly pass judgments on the likes of Uti and company. 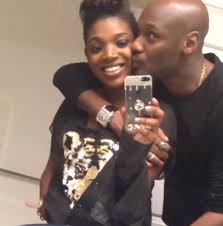 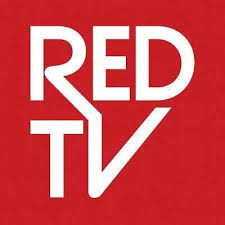 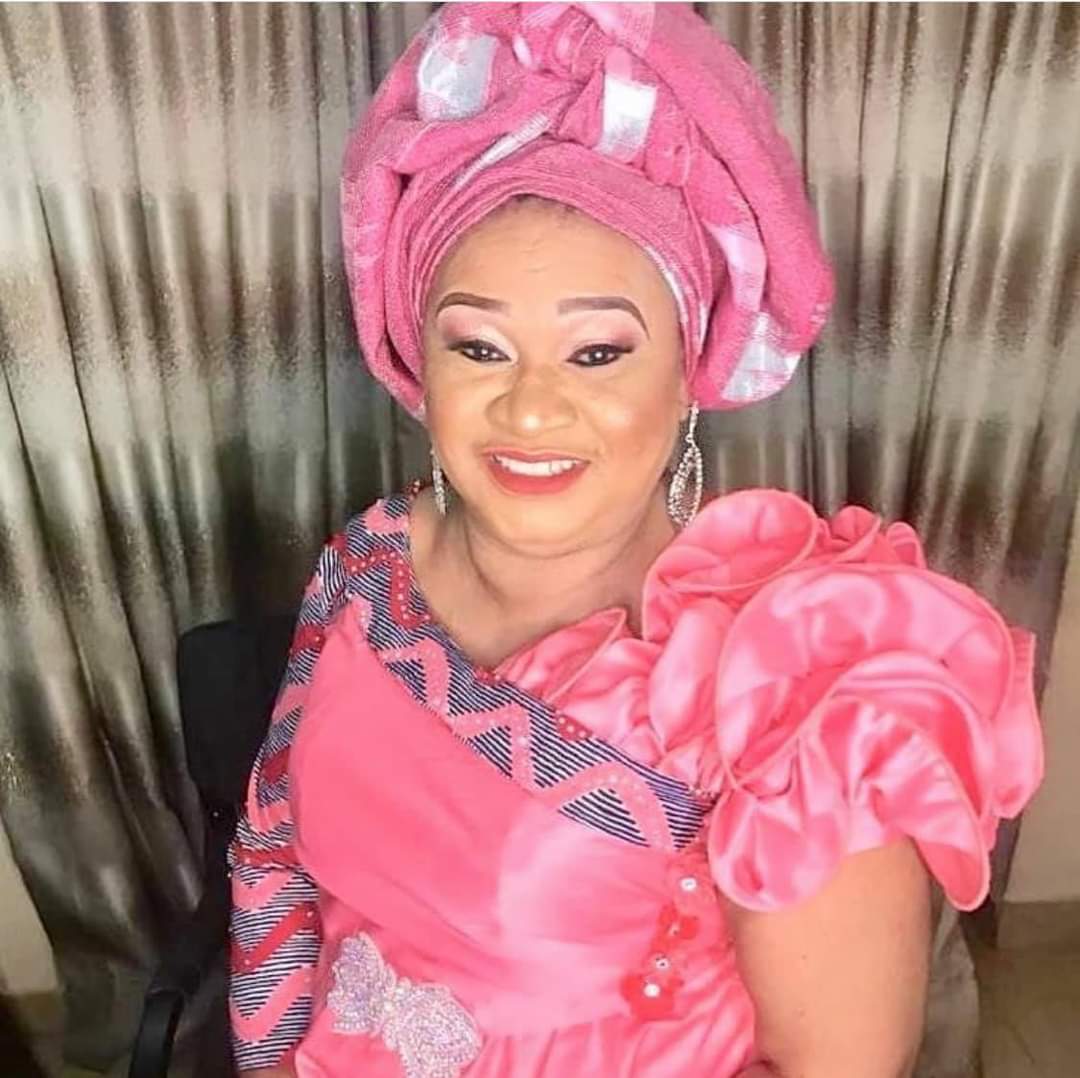 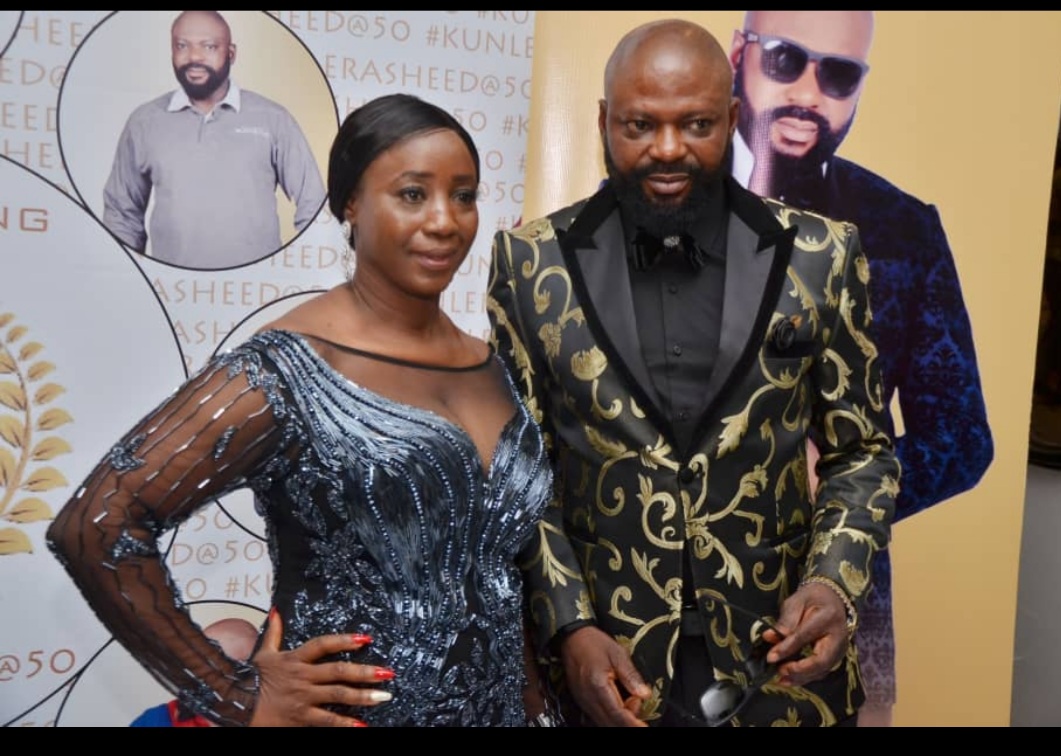 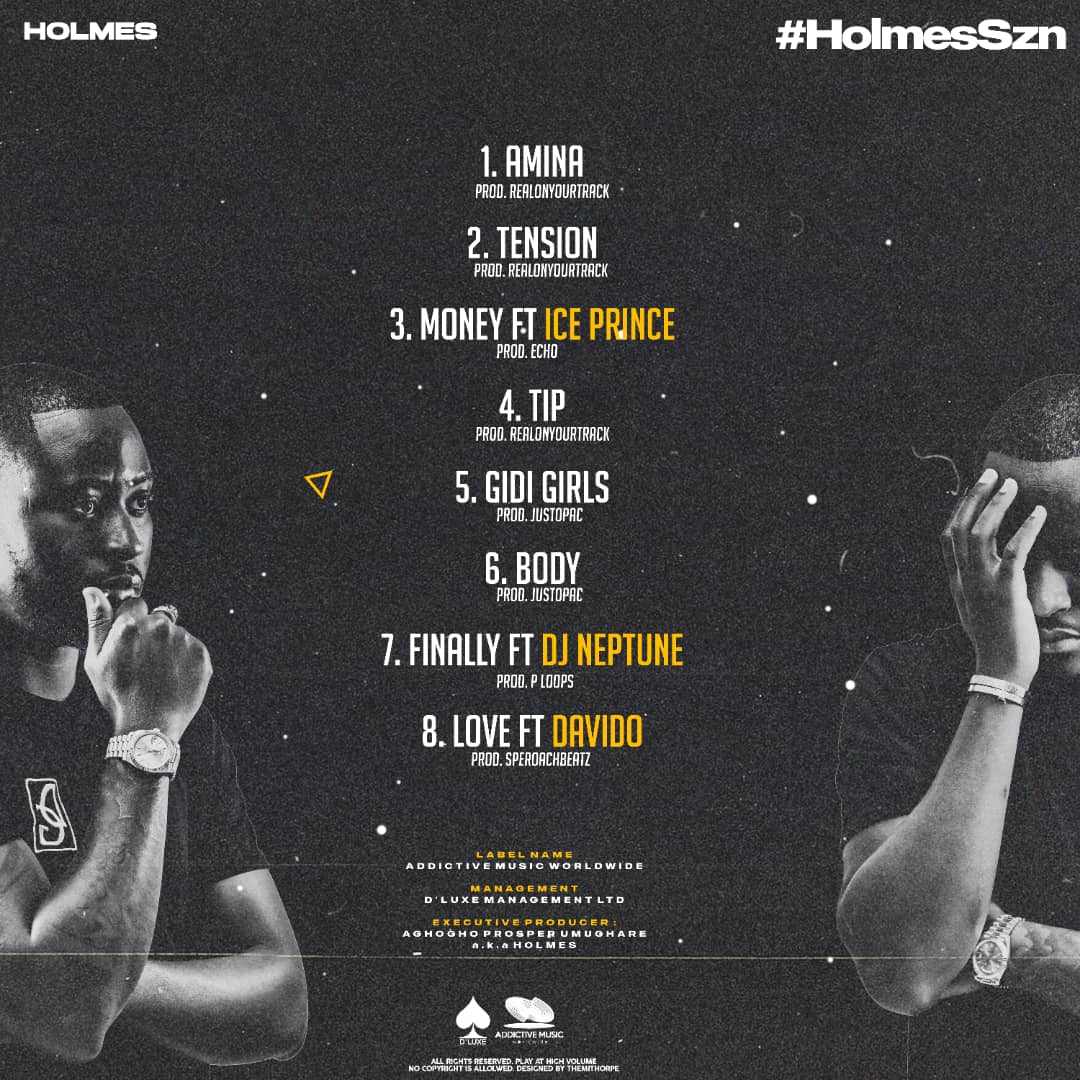 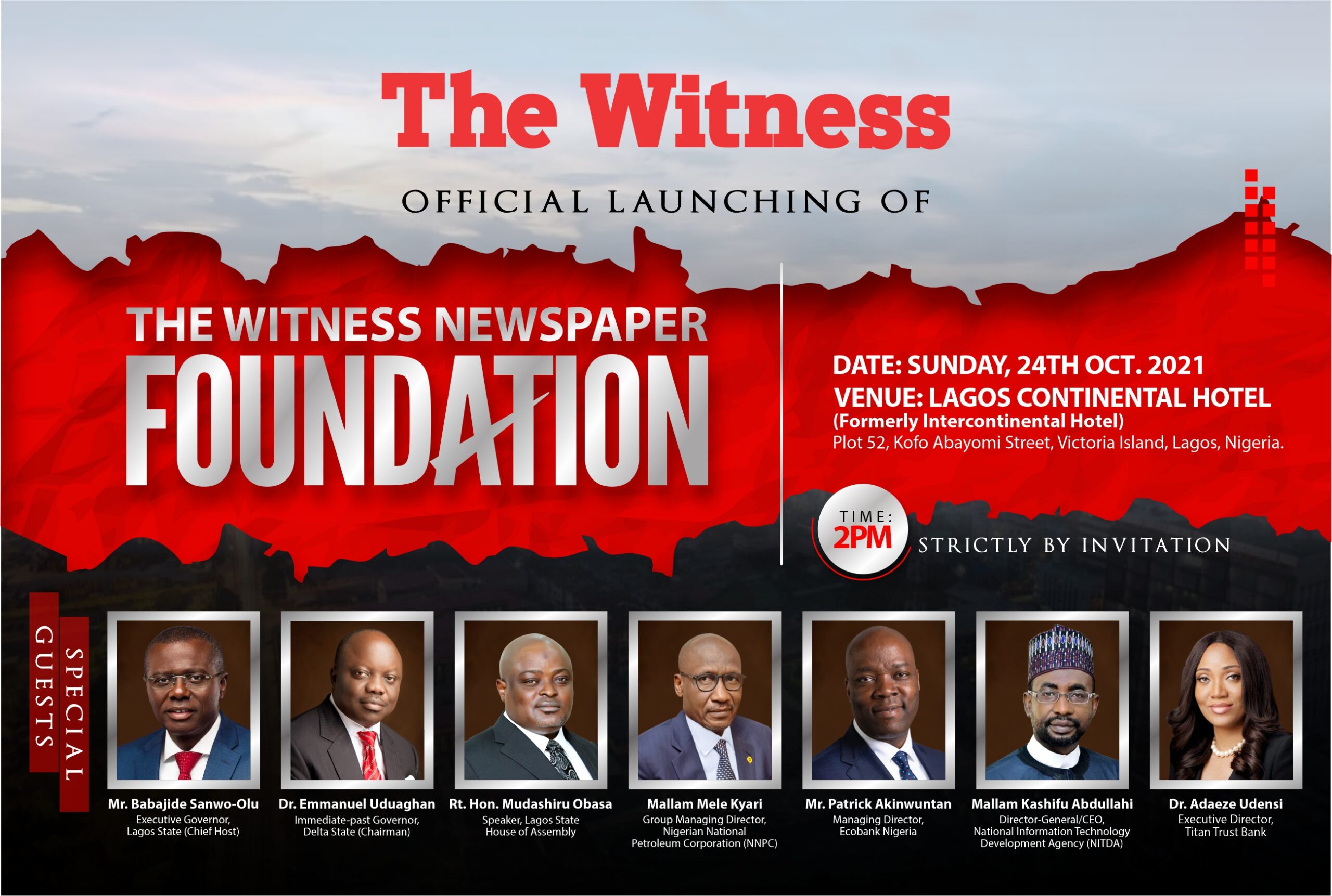 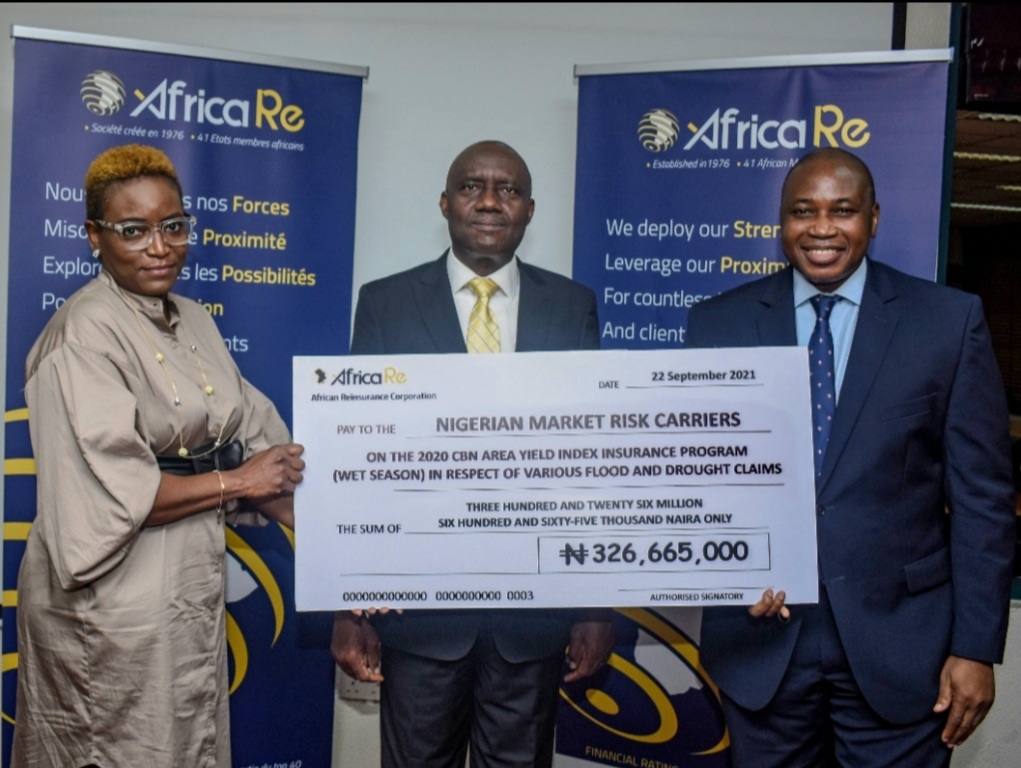 AFRICA RE, IFC PUTS A SMILE ON AFRICAN FARMERS FACES 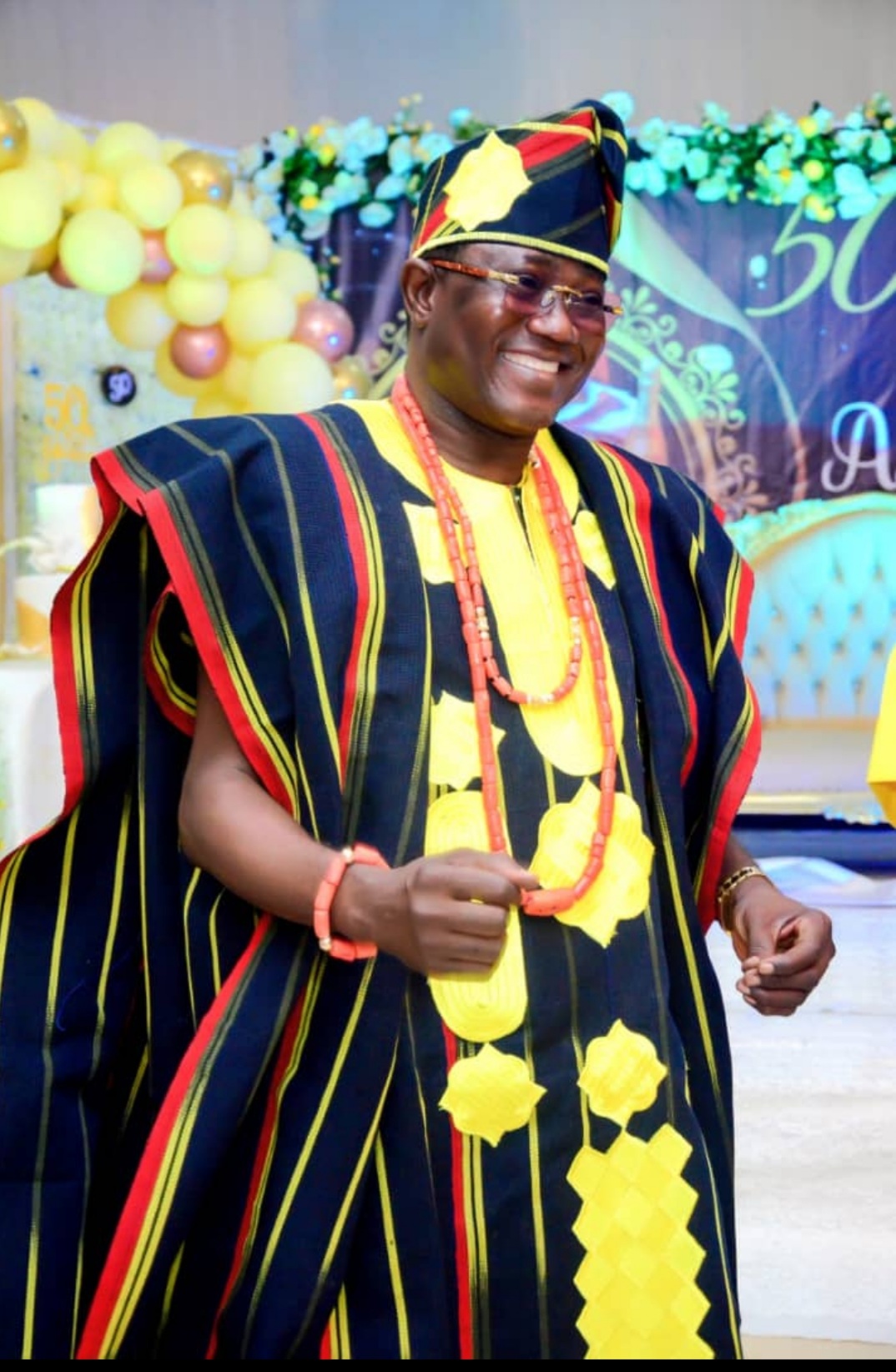